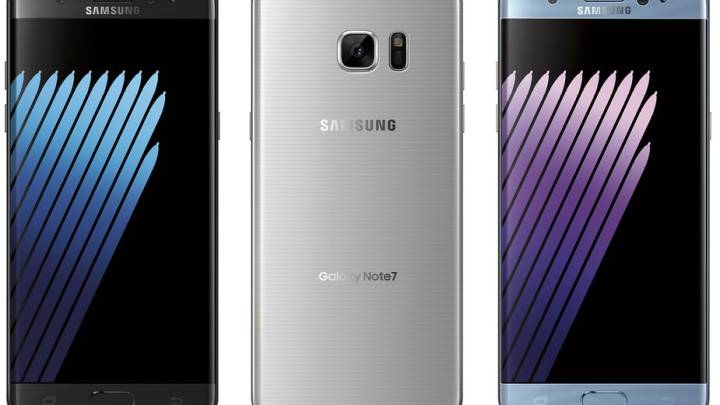 There’s less than a month to go until Samsung unveils its next big thing, but the Galaxy Note 7 is hardly a secret. Countless leaks have offered details about the handset, including final commercial name, design and specs. Samsung is yet to confirm any of them, but credible sources have reaffirmed key details on more than one occasion. One of these sources is well-known Evan Blass, who’s back with actual press renders of the Galaxy Note 7.

Not only do they confirm the final name of the device – there’s Galaxy Note 7 branding on the back of the handset, as well as a wallpaper that spells “7” with the help of styluses right on the display – but they also suggest the phone will have dual-curved edges, and what looks like an iris scanner on the front.

Furthermore, Blass said the phone would be available in three colors, including Black Onyx, Silver Titanium and Blue Coral. That’s Samsung-fancy-speak for black, silver and blue.

The Galaxy Note 7 is expected to be unveiled on August 2nd during a major Unpacked event, and it will launch at some point in the weeks that follow.