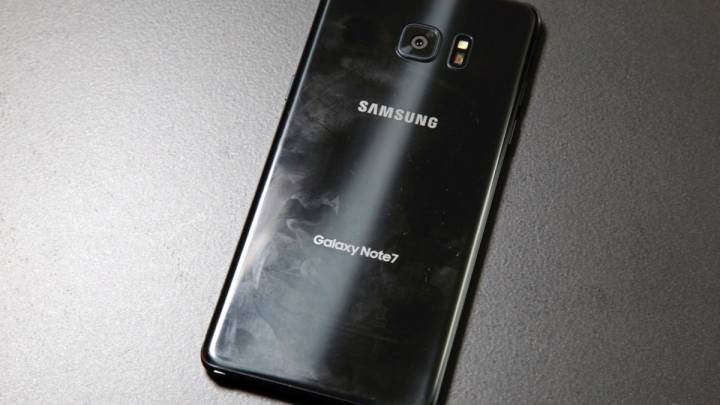 The unthinkable has happened, a Galaxy Note 7 blew up on a plane before takeoff in the US, prompting a swift evacuation. The worst part, for Samsung at least, is that the phone was a safe Galaxy Note 7 unit, the kind of new Note flavor that should sport a risk-free battery. The incident did not go unnoticed. Both Samsung and federal authorities are going to investigate the Galaxy Note 7 fire on the Southwest Airlines flight.

The US Consumer Product Safety Commission (CPSC) that worked with Samsung on the US recall after the Korean company made the recall official, told TechnoBuffalo that it would look into the matter.

“CPSC is moving expeditiously to investigate this incident,” CPSC Chairman Elliott F. Kaye said. “Thankfully, reports indicate that all of the passengers were able to make it off the plane without harm. Agency staff has already reached out to the FAA and Samsung to gather the facts about the incident. Agency staff will also reach out to the consumer who experienced a serious incident with his phone. I want to reiterate my call for consumers who have the recalled Galaxy Note 7 to keep their smartphones powered down and to immediately take advantage of the remedies being offered by Samsung. Consumers should know that one of the remedies is a refund.”

After the incident, The Verge confirmed the phone that went in flames aboard the aircraft was a new Galaxy Note 7, a replacement unit featuring all the markings of safe phablets. But Samsung can’t confirm it yet.

“Until we are able to retrieve the device, we cannot confirm that this incident involves the new Note 7,” Samsung told Engadget in a statement. “We are working with the authorities and Southwest now to recover the device and confirm the cause. Once we have examined the device, we will have more information to share.”

This isn’t the first safe Galaxy Note 7 that exploded. Reports from China revealed that at least several explosions were recorded in the country. China was left out of the official recall as the Galaxy Notes made for China were equipped with safe batteries, the same battery units that are currently found in replacements.