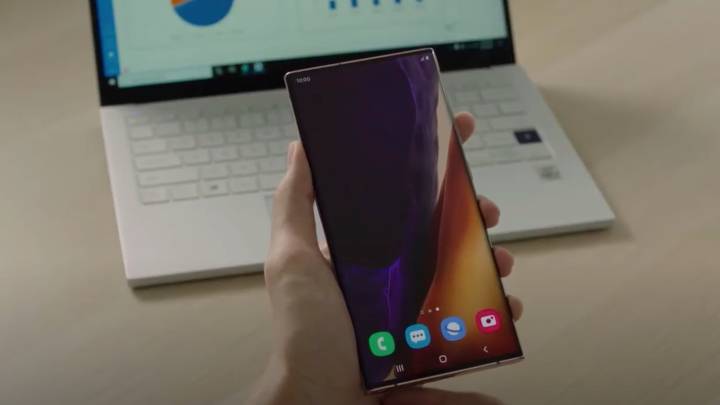 Samsung will unveil a bunch of new products on Wednesday, during its second Unpacked event of the year. The press conference will not have an audience due to the novel coronavirus pandemic, just like most tech events this year. While that might be a novelty for Samsung events, one thing that hasn’t changed during the health crisis is the Samsung leaks. We already know everything about the main product coming out today, the Galaxy Note 20 series, and all the other devices were featured in plenty of reports in the past few weeks. The Galaxy Fold 2 foldable, the Galaxy Tab S7 tablet, the Galaxy Live Buds wireless earphones, and the Galaxy Watch 3 wearable all leaked in great detail ahead of the press event. And it turns out that you don’t have to wait for Samsung to present these devices, as several hands-on clips featuring the new gadgets are now available on YouTube for everyone to enjoy, after having been posted on Twitter by well-known leaker Evan Blass.

The two Note 20 phones will deliver a bunch of upgrades over their predecessors, but both devices are expected to be quite expensive. The Note 20 Ultra gets the best hardware package of the two, and the Note 20 will feature plenty of compromises, according to various reports. The videos that follow include official teasers and hands-on videos from Samsung, as well as Note 20 hands-on videos from other sources.

The successor of the ill-fated Galaxy Fold, the Z Fold 2 should be a much better foldable handset. It has bigger displays, even though there’s one annoying detail about the foldable screen that you’ll spot immediately in press renders and video clips. An Ultra-Thin Glass (UTG) panel will cover the screen, making the Fold 2 a lot more durable than its predecessor. The phone will still be expensive, and we shouldn’t expect any significant price cuts for foldable devices soon.

Samsung hasn’t given up trying to create its own iPad Pro rivals, and the Galaxy Tab S7 series is the best Android tablet you can think of. The device comes in two sizes, just like the iPad Pro, and has its own stylus, just like its predecessor. On the back, there’s a dual-lens camera, and the tablet works with keyboard covers of its own. Like the iPad Pros, the new Tab S-series tablets will be more expensive than your average Android tablet

The Galaxy Buds Live with their new bean-like design are Samsung’s newest wireless earphones. They’re meant to rival the AirPods Pro, of course. Aside from the novel design, the Buds Live earphones should support noise cancelation features. The earphones will be available in three colors, matching the color palette of the Note 20 series. The Buds Live should be offered for free with Note 20 preorders in some markets.

The following hands-on video covers all the Galaxy devices that Samsung is about to unveil, including the brand new Galaxy Watch 3 smartwatch. The Watch has the hardest job of all of them, as it has to compete against the Apple Watch, the best smartwatch made to date, and the smartwatch most people want to buy. No matter how good the Watch 3 gets, it’s still no match for the Apple Watch. No matter what Samsung does, it won’t be able to make a Watch as good as Apple. It just lacks control over the hardware and software of wearables and smartphones to offer the same sort of deep integration as Apple does.