At the time it was first released, Samsung’s Galaxy Note 9 was easily one of the most powerful and capable smartphones on the planet. It was also one of the most boring smartphones on the planet since it was essentially just a Galaxy Note 8 with slightly better specs and a Bluetooth-connected stylus. The same was true of last year’s Galaxy S9 series when it was first released, but Samsung made up for it with its new Galaxy S10 series smartphones that launched earlier this year. After the S9 was so boring that it caused Samsung’s smartphone sales to tank, the company came back with the vengeance thanks to its completely redesigned Galaxy S10. That’s precisely what we expect to see happen with the Galaxy Note 10 when it’s released about two months from now. While the Note 9 was boring and uninspired, the Note 10 is expected to be an exciting update with an overhauled all-screen design, a new triple-lens camera, and some nifty new features that should add to its appeal.

We’ve heard plenty about the upcoming new Galaxy Note 10 in recent weeks. In fact, rumor has it that this will be the first year Samsung releases multiple different Note models like it does with the Galaxy S series. The Galaxy S10e was apparently so popular that it inspired Samsung to add an entry-level Galaxy Note 10 model to its lineup that will launch with a lower price tag than the flagship version. We can’t wait to see what Samsung has in store this year for the Note series, especially since the Galaxy Fold ended up being such a massive disappointment. While we continue to wait, a new set of leaked photos claim to give us our first glimpse at Samsung’s unreleased Galaxy Note 10.

We have good news and bad news about the supposed leaked Galaxy Note 10 photos, which claim to show hands-on images of Samsung’s upcoming new Galaxy Note 10 for the first time ever. We’ll start with the bad news: they’re almost certainly fake. Like, 99.999% fake.

The world’s top Samsung insider “Ice Universe” recently revealed that the Note 10 will have a hole-punch display like the Galaxy S10 series, but he said there will be two main differences. First, he said that the hole for the front-facing camera on the Galaxy Note 10 will be centrally located instead of in the top-right corner of the screen, as is the case on Samsung’s Galaxy S10 series phones. Second, he said it will be a round hole with a single lens behind it. With all that in mind, let’s take a look at these supposed leaked images, which were posted by a user on the Chinese microblogging platform Weibo before being reposted on smartphone leak aggregator Slashleaks: 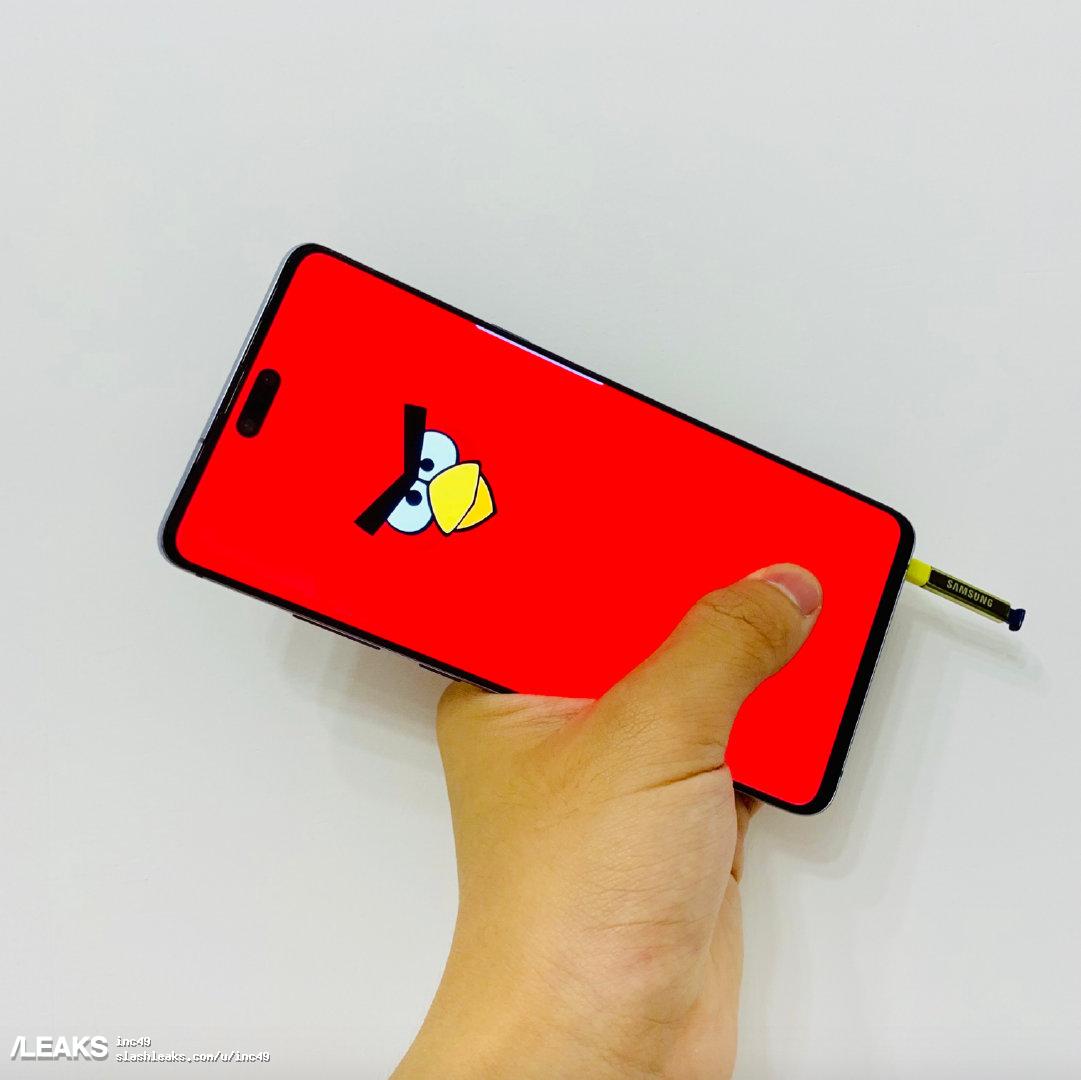 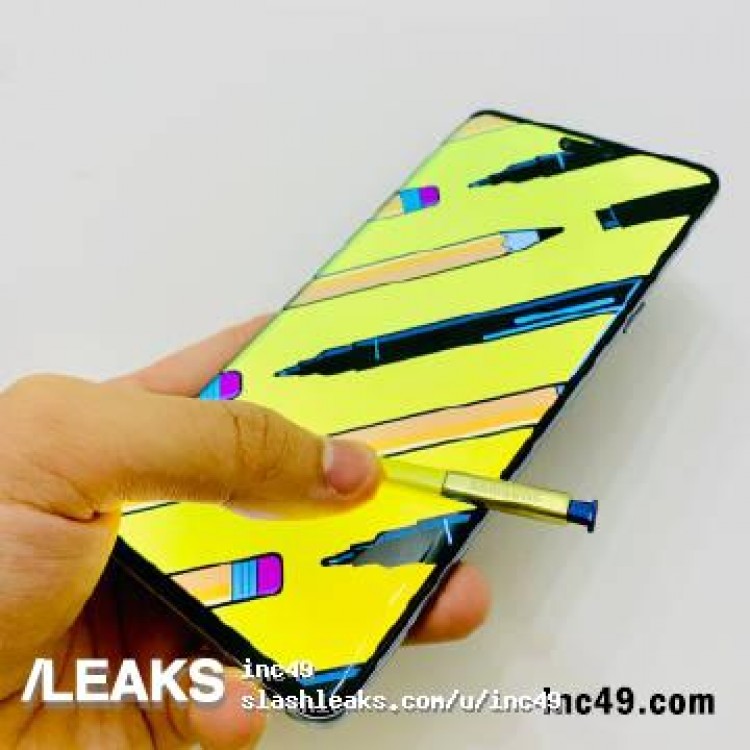 The phone pictured in these photos is most likely a Galaxy Note 10 that has been altered in Photoshop, but it looks amazing. The hole cut out of the screen for the selfie cameras is indeed centrally located, but it’s an oblong hole for a dual-lens camera. That’s not what we’re expecting to see when the Note 10 is released in the coming months.

But now for some good news: the real Note 10 design will probably look even more amazing than the fake phone in these photos. Samsung managed to make the bezel on the bottom of its Galaxy S10 series phones much thinner than the chin bezel on the phone pictured above, and it’s likely that design will carry over to the Note 10. Thankfully, we don’t have very long to wait before we find out since the Galaxy Note 10 will likely be unveiled in about two months at a press conference in early August.