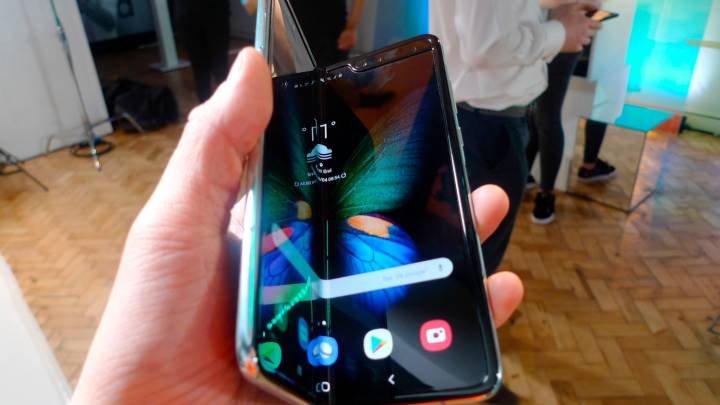 The coming week is shaping up to be pretty eventful for Samsung, thanks to a few key product launches. The Galaxy Watch Active 2, for example, is rumored to be heading for a Sept. 6 launch in South Korea — on the same day that Samsung will reportedly launch, at last, its first foldable smartphone, the Galaxy Fold.

At this point, the rumor is that Samsung will take advantage of the first day of the IFA 2019 consumer electronics trade show in Berlin — which runs from Friday, Sept. 6, to Wednesday, Sept. 11 — as a high-profile opportunity to attract attention for the Galaxy Fold’s much-anticipated launch. The company has supposedly fixed the design and software problems that doomed the original April launch, and while it’s monumentally important to ensure those earlier problems are indeed fixed, the company may also have another trick up its sleeve.

Another pretty intriguing rumor is that Samsung may be wisely backing off its original intention to release the Galaxy Fold with an eye-popping $2,000 price tag, which of course puts it immediately out of reach for most consumers. Not too much is known about the specs of the new Galaxy Fold at this point, though there’s at least one unconfirmed report that Samsung may release a variant with 256GB of storage — about half of the 512GB that was to have come with the original Fold, so that seems to be what will allow Samsung to offer a model at a reduced price, along with the more expensive version.

Samsung Electronics CEO DJ Koh told reporters earlier this summer that the scuttled April launch of the Fold was super-embarrassing for the company, and that “I pushed it through before it was ready. I do admit I missed something on the foldable phone, but we are in the process of recovery.”

If the launch rumors are true, we’ll only have to wait days to see whether that “recovery” is a success or not.