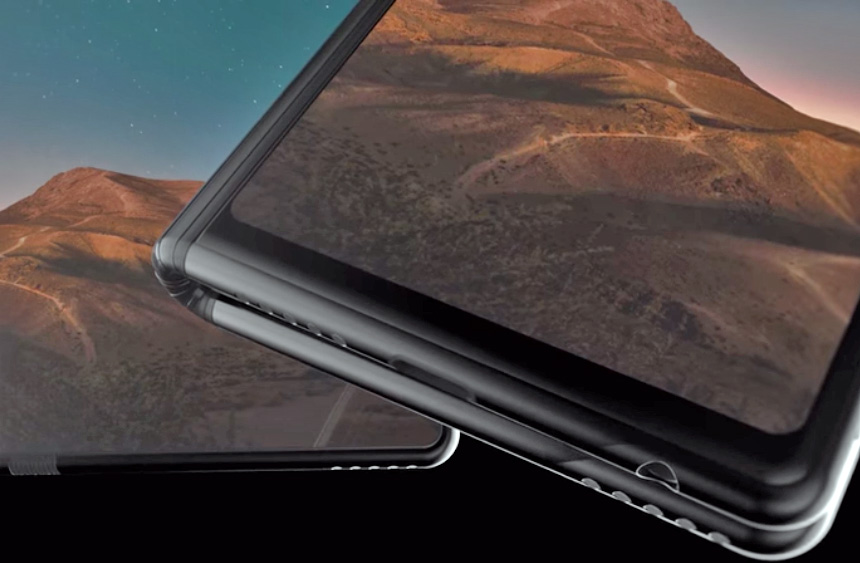 Samsung unveiled what we expect will be the Galaxy F at its SDC18 event last week, although it wasn’t the proper launch fans may have wanted. We only got to see the new One UI user interface, we learned that Google is involved in developing user interfaces for foldable devices, and Samsung introduced the phone’s Infinity Flex display. But a new report from Korea reveals the various innovations that make such devices possible.

The Galaxy F will still feature a flexible OLED screen made by Samsung Display, which happens to be the company behind the flexible screens inside the iPhone X, Galaxy S, Galaxy Note, and Pixel phones. But just because the OLED screen is flexible, it doesn’t necessarily mean any of these phones will bend.

To do that, several other hardware components are required, and Korean site ETNews just offered us a sneak peek at the suppliers who will make the Galaxy F (and other phones like it) possible.

Sumitomo Chemical is the company that’s manufacturing a new kind of flexible display cover to replace glass for Samsung, which is rigid. That material is called transparent polyimide (PI), and that’s what you’re going to touch when interacting with foldable devices. Sumitomo Chemical is capable of manufacturing transparent PI covers in a way that gives them a “luxurious” feeling, like glass.

Samsung Display, meanwhile, has created a particular type of optically transparent adhesive film that’s used to attach the various display components, including the polarizing film, touch film, and cover. Samsung Display has been developing the glue for some five years, the report notes. This component is crucial to ensure the great stress that comes from folding the device won’t do any damage to any of the screen’s layers.

What’s also interesting is the Samsung Display-made OLED screen that Samsung will use for the phone. The report notes that Samsung chose the same “M8” OLED display that’s been used in many of Samsung’s flagships, including the Galaxy S8, S9, and Galaxy Note 8. All these OLED screens received positive reviews when those devices came out. This indicates Samsung is going for a high-end screen experience on the Galaxy F.

The phone also requires a new polarizing film and a hinge structure that allows the entire chassis to fold. Nichido Denko and KH Vatec are the suppliers for these parts, respectively. The hinge is arguably as important for a flexible phone as the glass replacement, but ETNews doesn’t offer any details about it.

Finally, the report notes that Samsung intends to mass-produce the new screen in the coming months.