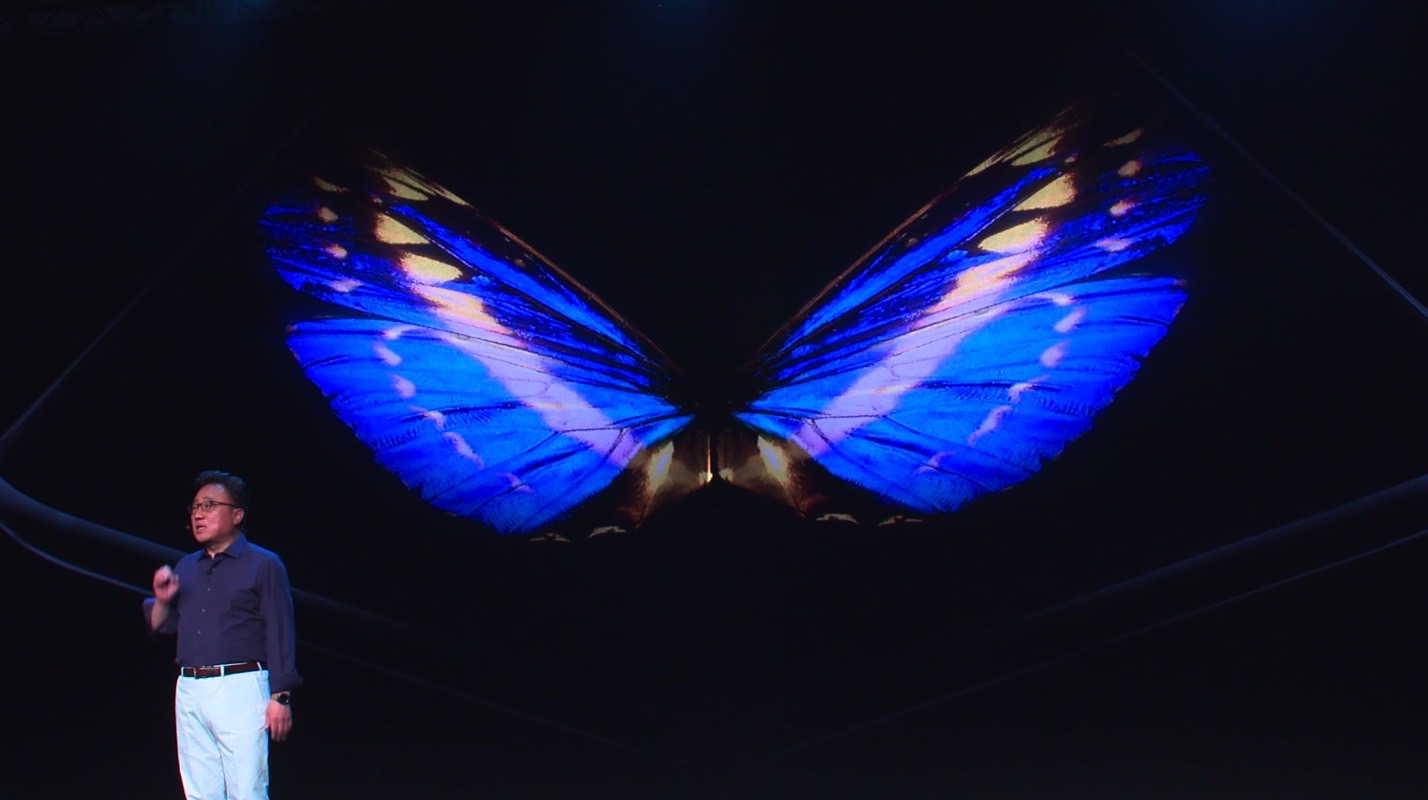 A leaked Samsung video a few days ago showed us a bunch of devices that aren’t yet available in stores, but they showcased the kind of technology that Samsung is already developing. Among them, we got to see a foldable phone in greater detail than what Samsung was willing to show the world back in November at SDC 2018. Samsung pulled that clip from YouTube, but then officially released it online alongside a blog post that says the video “teases Samsung’s 5G products and foldable display technology to be launched later this year.” We now have a few renders based on the foldable phone from the video, and they suggest that the Galaxy F could feature a gorgeous design. Someday.

When Samsung unveiled the Infinity Flex screen for foldable handsets at its developer conference in early November, it showed us a Galaxy F prototype placed in a bulky case meant to obscure the phone’s design. However, we did learn that the handset will have an external display that would let you interact with the device without unfolding it. That display, however, appeared to have huge bezels on all sides, significantly bigger than Samsung’s concept foldable phone from the video:

Dutch blog LetsGoDigital created renders based on the new video, and they tease an amazing foldable phone design. This device has almost no bezels, whether we’re talking about the smaller screen that sits on the outside of the phone, or about the main screen that folds in half. There’s not even a camera hole on either side of the handset, which seems to suggest that the camera would be hidden under the screen.

However, while Samsung is ready to launch an all-screen flagship Galaxy S10 with almost no bezels, the Galaxy F will definitely not get the design seen above. Instead, the Galaxy F should look something like this — the following renders were created by the same blog, and are based on the phone Samsung previewed in November:

Samsung is expected to tell us everything about the Galaxy F foldable later this month during its Galaxy S10 press event that’s scheduled for February 20th.