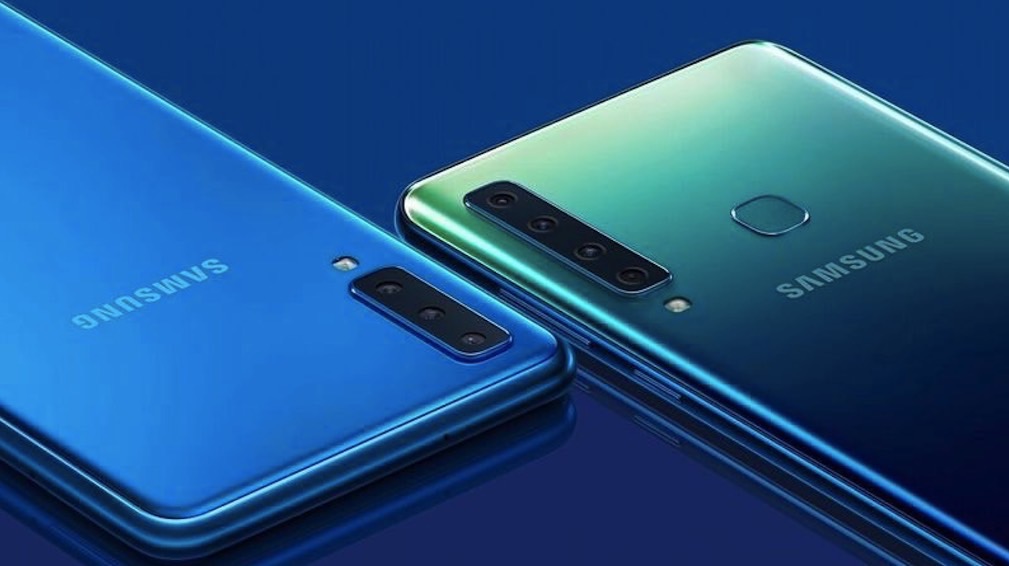 Until March 2018 when Huawei launched the P20 Pro, we had no idea we needed three cameras on the back of a phone — and the jury is still out on that one. But triple cams are becoming a thing rather quickly. The Oppo R17 Pro, Samsung Galaxy A7, and LG V40 ThinQ that launched in recent weeks all sport such cameras. Moreover, the Huawei Mate 20 Pro will also feature a similar camera setup and so will the Galaxy S10 next year. But three cameras might not be enough for Samsung, as the company just launched a new phone that has four cameras on the back.

What’s interesting about the Galaxy A9 is that it has plenty of decent features. We’ve got 6GB or 8GB of RAM and 128GB of base storage, microSD support up to 512GB, a 6.3-inch flat Super AMOLED Full HD display with 2220 x 1080 resolution (2:1 aspect ratio), and a 3,800 mAh battery. The processor choice is a dead giveaway that we’re looking at a mid-range phone, though: It’s Qualcomm’s Snapdragon 710 chip that powers devices at the high end of the mid-range spectrum.

The 6GB Galaxy A9 will cost €599 ($691) in Europe and the phone will be available in three color options, including Caviar Black, Lemonade Blue, and Bubblegum Pink.

Time will tell if a four-lens camera like the A9 can beat the performance of the single-lens camera on the Pixel 3. But adding more cameras on phones seems a bit overkill right now, and reminds us of the days when handset vendors including Samsung would increase the number of megapixels every year as if more megapixels equaled a better camera experience. It will be especially interesting to compare the A9’s camera against the A7 and the upcoming Galaxy S10. Let’s just hope that Samsung doesn’t launch a Galaxy A11 phone with five cameras on the back next month.