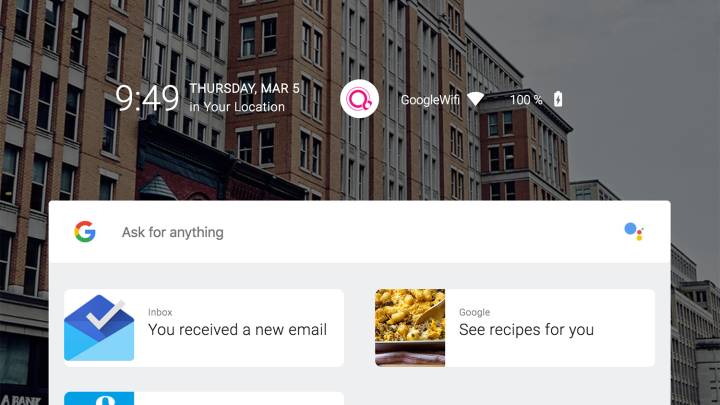 For many people, Fuchsia is just a color hue that they can’t quite explain. If you’re a hardcore Android fan or a tech enthusiast though, you know that Fuchsia is the Google dream. It’s the secret-but-not-so-secret-anymore operating system that Google is building to replace Android, Chrome, and every other type of OS that Google may be using on its products.

Fuchsia is the fresh start Google needs for its mobile OS that, one that will propel the company into the next decade of smartphone and post-smartphone innovation. It’s the OS that will make possible the development of true iPhone equivalents, whether they’re Pixel or Galaxy-branded. But Fuchsia has a big problem to overcome before battling the iPhones of the future, and that’s Google itself.

Fuchsia hasn’t been a secret for quite some time now. As far back as the summer of 2016, we learned that Google was secretly coding away at a new OS that should be a lot better than Android. It will support a variety of devices, including smartphones, tablets, PCs, and other form factors (think cars, TVs, refrigerators, anything that might be smart). Better yet, it would allow Google to issue swift updates that would put the company’s devices on par with Apple. And it would work with existing Android apps because you can’t just kill the Android app ecosystem like that. We even saw developer demos in action, although Fuchsia is far from being ready for prime time.

Now, an in-depth Bloomberg piece says that, if all goes well, Fuchsia will see the light of day in three to five years. Within three years, Fuchsia might power connected home devices, and then it’ll power laptops next. Within five years, Fuchsia will replace Android, according to people familiar with Google’s internal roadmap.

The story reveals additional details that had not been previously reported. In addition to supporting a plethora of devices — even smart speakers and other connected devices are included in the list — Fuchsia will be built with support for voice interaction and artificial intelligence (AI). These are two of the pillars for future computing, considering what we see today on mobile devices and other computers.

On top of that, Fuchsia is developed with an in-depth focus on security and user privacy, well beyond what Google has ever done with its platforms in the past.

That all sounds great in theory, and the growing team of Fuchsia engineers has the support of Google CEO Sundar Pichai.

Fuchsia now has a team of more than 100 people working on it, including Google veterans like Matias Duarte and Nick Kralevich. The latter might not as popular as Duarte, but he is a lead security engineer who worked on Android for nine years before shifting to Fuchsia in January. He’s among the engineers working on security and privacy features. Duarte, meanwhile, spends half of his Google time on Fuchsia.

But Fuchsia has reportedly caused “internal feuds” that might hurt the project in the long run. Bloomberg explains it best:

The company must also settle some internal feuds. Some of the principles that Fuchsia creators are pursuing have already run up against Google’s business model. Google’s ads business relies on an ability to target users based on their location and activity, and Fuchsia’s nascent privacy features would, if implemented, hamstring this important business. There’s already been at least one clash between advertising and engineering over security and privacy features of the fledgling operating system, according to a person familiar with the matter. The ad team prevailed, this person said.

From the sounds of it, Google will have to take a leap of faith with Fuchsia if it truly wants the new OS to replace everything else. It will have to just trust that its customers, who must appreciate its apps and services, will keep making money for the company even in an environment that’s a lot more focused on user privacy.

Bloomberg does note that in an attempt to better compete against Apple, whose core software-related values include quick updates, performance, privacy, and security, Fuchsia will take a new stance on privacy. For example, the engineers built encrypted user keys into the system so that information is protected every time the software is updated. Of course, if the ad team keeps winning these arguments, then the engineers working on Fuchsia will have no chance of competing with Apple when it comes to user privacy.

Inside Google, there’s also a more cynical opinion about Fuchsia. “It’s a senior-engineer retention project,” an unnamed source said. Apparently, some at Google think Fuchsia isn’t much more than a challenge for veteran employees that might prevent them from moving to rival companies.