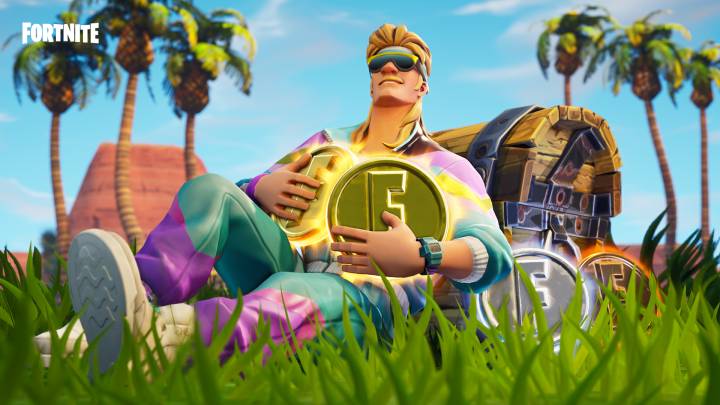 Epic Games may have bitten off more than it can chew when it decided to go toe-to-toe with Apple over its App Store policies. Though Epic was more than eager to engage in a very public battle with Apple after it gave Fortnite players a direct payment option for micro-transactions — and bypass Apple’s 30% cut in the process — the repercussions have perhaps been more severe than Epic anticipated.

With Epic openly flouting Apple’s App Store rules, it didn’t come as a surprise to anyone when Apple booted Fortnite from the App Store. Apple, though, took things a step further when it decided to terminate Epic Games’ developer account altogether. And in the midst of this whole saga, Epic unsuccessfully tried to attain a temporary restraining order against Apple that would have kept Fortnite in the App Store until a definitive ruling was reached.

In denying the restraining order, Judge Yvonne Gonzalez Rogers said that any harm incurred by Epic Games was the direct result of the company’s own behavior.

Apple has emphasized on numerous occasions that it’s more than happy to welcome Fortnite back into the App Store provided Epic Games submits a copy that prevents users from bypassing Apple’s in-app purchase mechanism.

Now comes word via Reuters that Epic Games recently filed for a preliminary injunction that would force Apple to keep Fortnite in the App Store. In its filing, Epic argues that keeping the game out of the App Store while the case goes through the legal system would cause the company “irreparable harm.” Of course, the irony of Epic claiming that it’s not looking for special treatment while at the same time demanding that Apple give it a benefit no other developer gets is rich, to say the least.

As part of its filing, Epic details some of the harm it’s suffered already:

Fortnite is more than just a game. It is an intensely social community whose value to its users depends in large part on the ability to connect with other users. Epic has built a community that people rely on. By removing Fortnite from the App Store, Apple has cleaved millions of users from their friends and family in the Fortnite community, which entirely depends on connectivity. The user outcry has been deafening, showing real harm to the public interest.

Daily active users on iOS have declined by over 60% since Fortnite’s removal from the App Store. And removal already has resulted in a loss of goodwill and irreparable damage to Epic’s reputation. The continued loss of Fortnite as a gathering place for users on all platforms will lead Epic’s customers to defect. Epic may never see these users again. It will also be denied the opportunity to access even a single new user among the one-billion-plus iOS users for at least the next year. The removal of Fortnite from iOS also substantially impedes a major Epic initiative—evolving Fortnite into a full-fledged “metaverse”, a multi-purpose, persistent, interactive virtual space. Harm like this to Epic’s flagship app cannot be calculated in damages.

If anything is deafening, it’s the hypocrisy coming from Epic Games. The company laments the impact the Fortnite removal has had on users while completely ignoring that the current situation is entirely its own doing. And again, Epic Games could have easily brought this suit against Apple without openly and blatantly disregarding longstanding App Store policies. Epic Games clearly wants to have its cake and eat it too, and it’s hard to imagine the company’s filing persuading the court even a tiny bit.

Additionally, and have others have pointed out, Epic’s argument here seems to highlight the benefits Apple’s App Store provides it.

As a quick point of interest, Epic’s filing notes that it has approximately 350 million users across all gaming platforms. To that point, it’s worth noting that Epic complains about the 30% cut Google and Apple take but has said nothing about the 30% cut Microsoft, Nintendo, and Sony take.