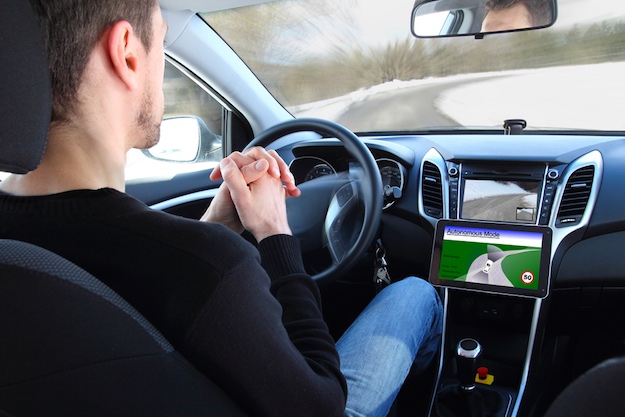 The wild success Tesla experienced with the Model S clearly demonstrated that not only is there a viable market for EVs but that electric cars may very well be where the entire auto industry is headed. In a similar vein, the work that Tesla is carrying out with its Autopilot software is influencing other established players within the auto industry to devote an ever-increasing proportion of R&D dollars towards self-driving car technologies.

DON’T MISS: People who preordered the Galaxy Note 7 are in for a nice surprise

In light of this, Ford is that latest big name auto manufacturer to signal their interest in rolling out autonomous vehicles. According to Reuters, Ford is planning to roll out a fleet of fully autonomous cars designed for ride-sharing by 2021. To help carry out this arguably aggressive strategy, the report adds that Ford, in recent months, has increased the size of its own research team while also becoming more pro-active about investing in Silicon Valley companies with AI expertise.

What’s particularly intriguing about Ford’s commitment to self-driving cars is that they’re apparently keen on taking things to the next level. According to CTO Raj Nair, Ford wants to introduce a driverless car with no steering wheel or pedals as early as 2025.

This is particularly interesting point because it begs the question: even if we assume that autonomous driving technology advances by leaps and bounds over the next few years, will drivers ever be comfortable in a car that they can’t control under any circumstance? I’d heavily lean towards ‘no’ but it will undoubtedly still be thrilling to see how this all plays out.

On a related note, it’s worth pointing out that even if fully autonomous cars are ready road-use by 2021, car companies will have to traverse through a myriad of regulatory hurdles before we find ourselves living in a world where we can hop in a car and watch TV as our car handles all of the driving.

As for the ride-sharing component of Ford’s vision, that also remains an unanswered question.

Ford does not yet know whether it will partner with Uber, Lyft or others, with [Ford CEO Mark Fields] saying “all options are open and on the table.” He said Ford may choose not to partner, and roll out such services on its own.

Ford’s announcement leaves many crucial strategy details still undecided. Yet Ken Washington, Ford’s vice president of research, said it was important to signal that Ford intends to win in this space, even with key elements still unknown.

“We’re saying to partners, we are the winning partner. It’s not a hollow promise, it’s a real intent,” Washington said.

One thing is clear, though: the driving experience is undergoing its most radical shift in decades and it will be fascinating to see how it all plays out.