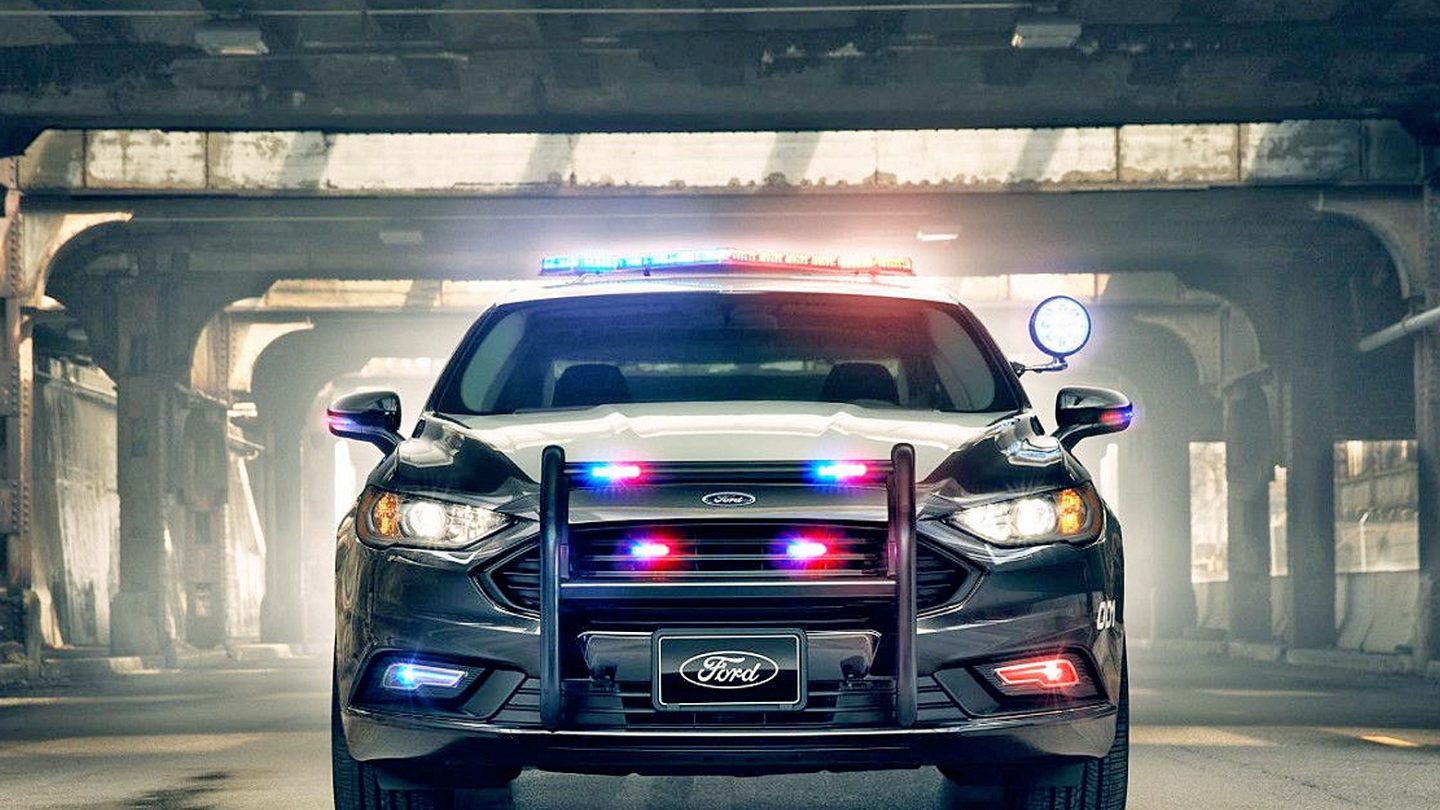 As gas-only vehicles gradually give up some of their kingdom to electric and hybrid cars, it’s only a matter of time before service vehicles get in on the action, too. We’ve already seen green alternatives to gas-guzzling semi trucks and cargo vans, but police pursuit vehicles are a specialized case that just hasn’t been able to go hybrid — that is, until now. And who better to help the LAPD go green than the company responsible for some of the most popular police cars of all time, Ford.

Ford, makers of the most iconic cop car of all time, the Crown Victoria, just showed off its very first “pursuit-rated” hybrid car, which is joining the LAPD’s fleet of service vehicles. The car, which has been rather haphazardly named the Ford Police Responder Hybrid Sedan, is a step above the Ford Fusion upon which it is based thanks to upgrades to the suspension, tires, interior, and suspension.

The car gets its get-up-and-go from a 2.0-liter four cylinder gas engine pared with an electric motor and 1.4-kilowatt rechargeable battery. It can reach 60 mph from a stand still in just 5.8 seconds, which is the same or better than many other production car police variants, including the Crown Victoria. However, due to its hybrid powertrain, it’ll get much, much better gas mileage, which the EPA estimates at around 38 miles per gallon, or about twice the fuel efficiency as the current law enforcement workhorse.

The Responder isn’t a one-off commitment for the LAPD, though, as the department has pledged to purchase 300 of Ford’s hybrid and electric plug-in vehicles by 2020.