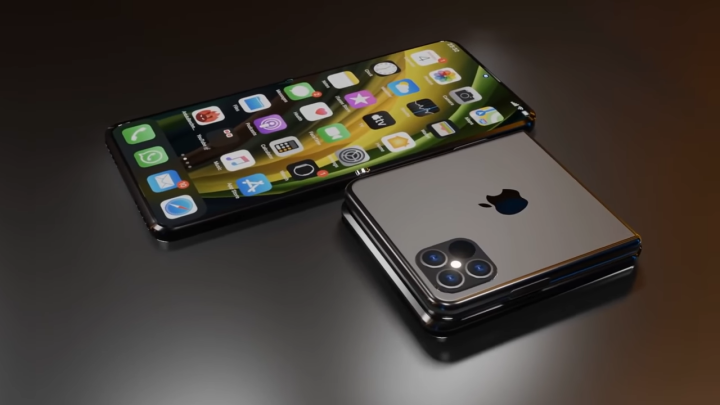 Rumors that Apple is working on a foldable iPhone should surprise nobody at this point. Apple has been developing technology for such devices for years, leaving plenty of clues along the way in the form of patents. Many others in the industry have already launched foldable handsets or teased their unreleased creations. But there’s been increased chatter about Apple’s foldable iPhones in the past few weeks. Apple is supposedly testing several foldable iPhone designs, including models that would behave like the Galaxy Z Fold 2 and the Galaxy Z Flip. The other day, a report said that Apple’s own Z Fold-like device would feature an in-folding display measuring over 7 inches. But the phone would not be launched until 2023.

A new story out of Asia now claims that LG is assisting Apple on foldable display development. That rumor might sound strange considering that LG has not launched foldable devices of its own. If anything, it’s Samsung’s foldable OLED screen, the likeliest candidate for the foldable iPhone. Samsung Display makes the best OLED screens for phones in the business, and it’s the leading supplier for iPhone displays. But those keeping track of iPhone rumors will probably remember an older story that mentioned the same LG-Apple partnership.

It’s Digitimes (via MacRumors) that claims that LG Display is assisting Apple with the development of an OLED panel for the iPhone. It’s not clear whether LG Display will mass-produce the foldable iPhone panel, however.

Like other players in the handset display business, LG has been vying for Apple’s iPhone display business. LG is the undisputed leader in the TV OLED screen industry, but it’s Samsung, the dominant player in the smartphone OLED business. Samsung is also the leading iPhone screen supplier. And Samsung has been rumored to have supplied Apple with a large number of foldable displays for testing last year.

There might be an explanation for LG’s involvement in the foldable iPhone development. A few years ago, a report said that Apple was working on a revolutionary iPhone but was afraid that Samsung would copy the design. This was right after the iPhone X was launched, a phone that had no match. That report said that Apple partnered with LG on the secret iPhone project — from that October 2017 report:

LG Display recently created a task force to develop a foldable OLED screen for the new iPhone model, while its parts-making sister firm LG Innotek has also setup a team dedicated to developing the rigid flexible printed circuit board.

The iPhone X and all its successor feature foldable OLED displays. The bottom part of the screen folds underneath itself, which is why the iPhone X design featured a narrow bottom bezel. It took Android vendors years to replicate the thin bezel design. But that report specifically mentioned iPhones that fold.

It’s unclear what happened with that joint LG-Apple project. Perhaps it was all just a rumor. Apple doesn’t comment on leaks, nor does it reveal its deals with suppliers. If that October 2017 report was accurate, then LG has been assisting Apple for a few years. Digitimes might simply present a different version of the story.