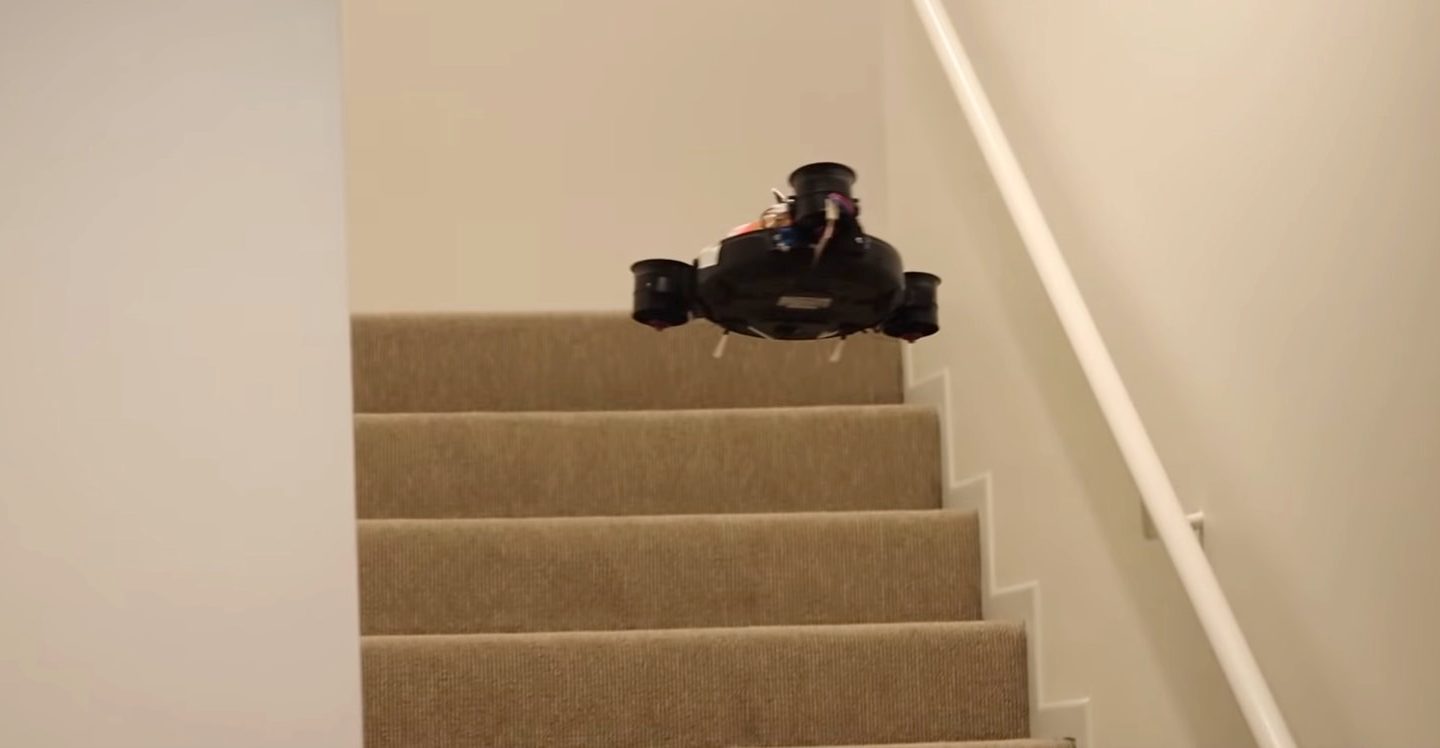 If you’ve ever wished for your robot vacuum cleaner to somehow be able to climb stairs, your wish might soon come true. We’re about to show you a video of a robot vacuum that learned how to fly and can theoretically go upstairs for a quick round of floor cleaning. As cool as this flying robot vacuum is, however, you shouldn’t expect to buy one from Amazon anytime soon.

YouTuber and engineer Peter Sripol turned a cheap robot vacuum into a gadget that can hover around like a quadcopter drone. The goal of this quirky experiment was to see if adding fans, a motor, and an extra battery would be enough to make the robot vacuum fly. The result is definitely not an attractive device that looks like something you’d buy in a store, but it’s more a proof of concept than anything else.

The answer is that, yes, the robot vacuum can fly, but that doesn’t mean it’ll do it autonomously. You still need to control the flight with a remote, just like you’d do with a regular drone, and the results are hardly elegant. You might seriously damage your home while attempting to navigate the drone indoors, not to mention that the fans will blow dirt and dust around, making it even harder for the robot vacuum to clean.

Sure, someone could actually teach the robot how to fly by itself, in which case it would be able to control the trajectory, but the fans would still spread dust everywhere. Creating the device costs about $200 in parts, significantly more than the robot vacuum itself. Anyone with the right set of skills could pull it off, but it’s probably not worth the hassle. The full video follows below: