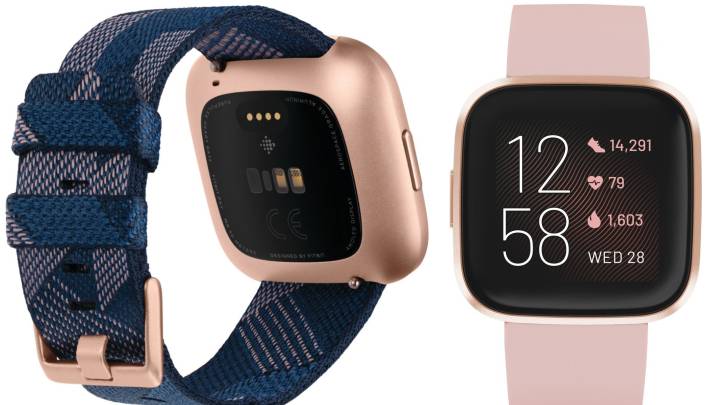 Not many smartwatches have held a candle to the Apple Watch in terms of sales or notoriety since its debut in 2015. That hasn’t stopped countless vendors from attempting to compete with the behemoth that is Apple, but few have had any real success. One of those few is Fitbit, which finally returned to profit late last year with the launch of the Versa smartwatch. Fitbit even managed to climb into the #2 spot in the US smartwatch category.

That success was short-lived, as Fitbit reported a 27% year-over-year decline in revenue for its most recent quarter. It turns out that no one wanted the Versa Lite, which lacked many of the Versa’s most important features while retailing for just $40 less than the $199 Versa. But Fitbit isn’t down for the count quite yet.

On Thursday, Evan Blass shared a series of leaked press renders showing off what he claims to be “the next Versa-class smartwatch from Fitbit.” At a glance, the design appears to be strikingly similar to that of the original Versa, but as with the Versa Lite, the two buttons on the right side have seemingly been removed:

Although Blass didn’t include any additional details alongside the renders, the images do hint at a few interesting new features for the Versa 2. The far-left image, for example, seems to reveal that Alexa will be built in to the device, which would be a first. It also implies that the Versa 2 will feature a speaker, which neither the Versa nor the Versa Lite were equipped with. Voice commands would be a welcome addition to Fitbit’s smartwatch. Finally, the Versa 2 also appears to have picked up an OLED display, replacing the LCD display of previous models.

Fitbit may have stumbled a bit with the failed Versa Lite experiment, but the original Versa proved last fall that there is a market for sleek, affordable smartwatches. Even if the Versa 2 is a relatively modest upgrade over the first, it should fare better than the feature-stripped budget watch Fitbit launched earlier this year.