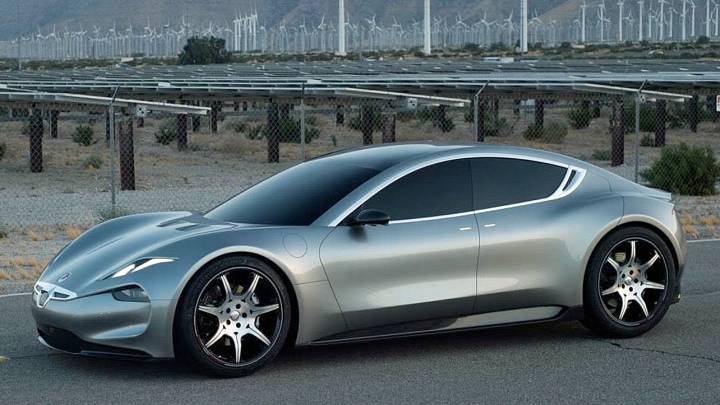 Henrik Fisker is a bit of a legend in the automotive design world, so when he announced that he was working on an all-new electric vehicle that would both challenge Tesla’s Model S, and serve as the spiritual successor to the Fisker Karma, there was plenty of interest. Fisker first teased the new car in late 2016, but now we have our first real look at the vehicle and it sure is fancy.

The car, called the Fisker EMotion, will be the first vehicle under the newly formed Fisker Inc. — Fisker sold his Fisker Automotive brand in early 2014, and it was subsequently renamed Karma Automotive — and is one of two planned electric cars from the company, with the second unnamed vehicle being designed for mass market appeal rather than the luxury sector like the EMotion.

The EMotion is definitely a sleek, beautiful car, but what should really get electric car buffs excited is the technology that is packed into it. Fisker says the vehicle is designed with a 400-mile range in mind — beating the sub-350-mile range of the Tesla Model S handily — as well as a fast-charging feature that will allow it to juice up in just nine minutes. That’s incredibly fast, but Fisker says the car relies on patent-pending battery technology designed by researchers at UCLA, and abandons the typical lithium-ion battery trend in favor of supercapacitors using graphene.

The car has a top speed of 161 miles per hour, and will be capable of driving autonomously, though its self-driving capabilities may not be activated until after its retail launch. Pricing and other minor details are still unclear.