In the weeks and months leading up to Apple’s iPhone X event this past September, it wasn’t entirely clear what Apple’s rumored facial recognition feature would mean for Touch ID. If you recall, there were a number of speculative reports claiming that Apple was still trying to figure out a way to incorporate Touch ID underneath the iPhone X display or position it on the back of the device. When the iPhone X was officially unveiled, Touch ID — surprise, surprise — was nowhere to be found. In turn, a narrative quickly emerged claiming that Apple only opted to implement Face ID after running into trouble with Touch ID.

In truth, Touch ID on the iPhone X was never seriously in the cards. Though Apple toyed with the idea many months back, it was since revealed that Face ID was designed to be a complete replacement for Touch ID more than a year ago. Face ID is said to be more secure than Touch ID, and since the iPhone X hit stores a few weeks ago, the feature has largely performed exactly as advertised.

There is, however, one slight difference between Face ID and Touch ID. Whereas Touch ID allows users to register multiple fingers — and thus multiple users — Face ID only permits users to register one face per device. Though hardly a serious issue, it did cause some grumbling amongst a small minority of users who like to share device access with loved ones.

Now if you’re one of those users, we’ve got some bad news for you. According to an email from Apple’s own Craig Federighi (originally posted to Reddit), support for multiple users via Face ID isn’t likely to happen anytime soon.

In response to a question on the matter, Federighi explained:

We’ll certainly keep your feedback in mind as we consider our plans to evolve Face ID in the future.

The full exchange can be seen below. 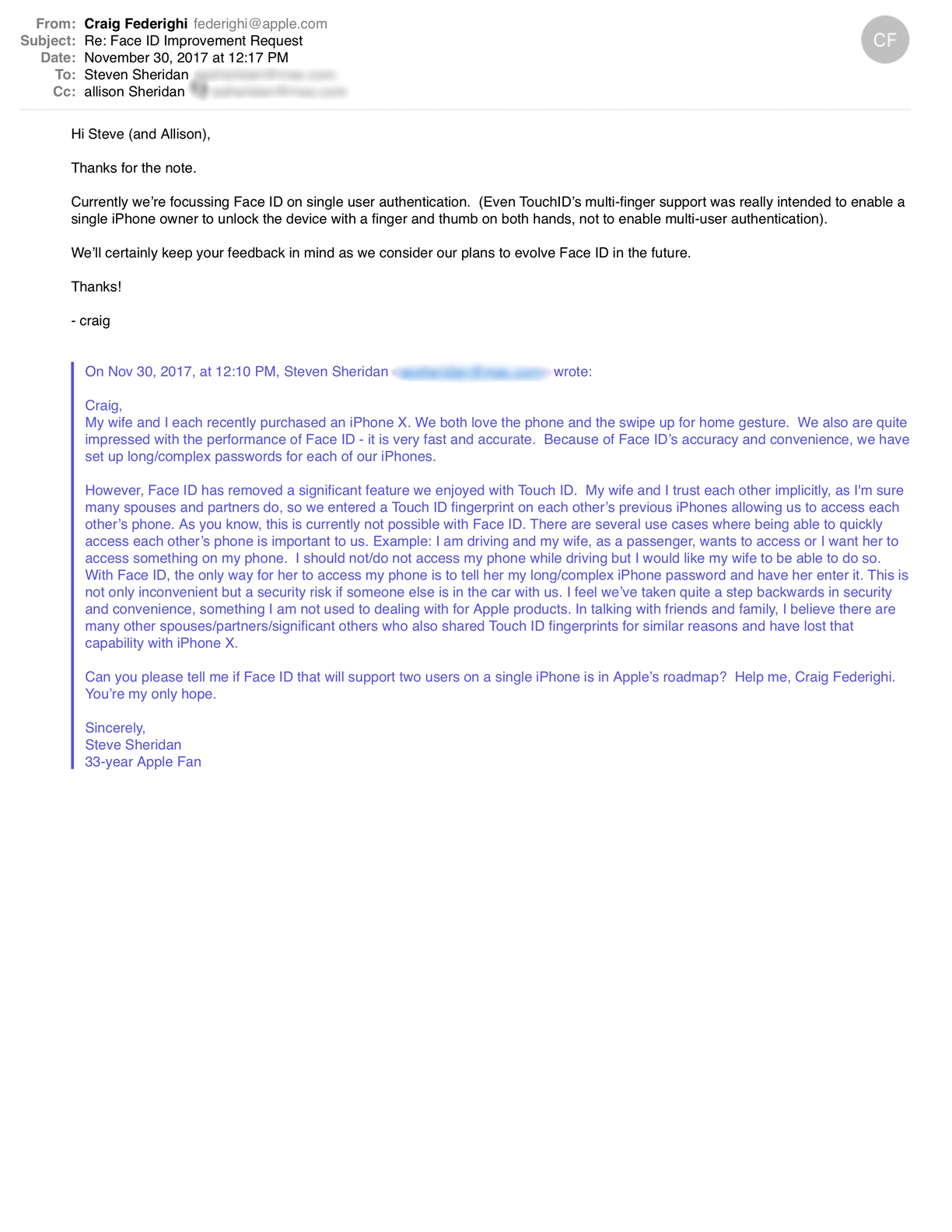