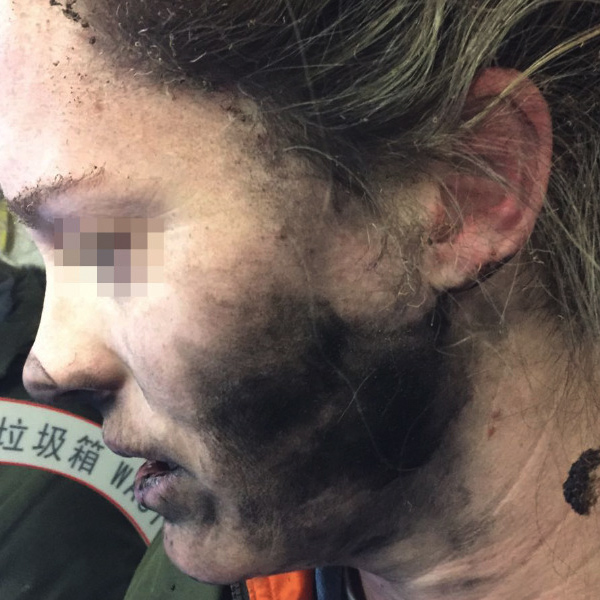 Smartphones spontaneously combusting is certainly terrifying, but it’s nothing we haven’t seen a hundred times before. The good thing about a handset lighting itself ablaze is that you can usually just drop it, throw it, or dump it out of your pocket in the extremely rare case that it decides to catastrophically malfunction. Wireless earbuds, on the other hand, are affixed to your head, and as one international traveler recently discovered, they can seriously ruin your day if they have a meltdown.

The woman, whose name has not been released, was on a flight from China to Australia when her wireless headphones exploded in her ears. The faulty earbuds, which self-destructed about two hours into the flight, covered her face in black soot, burned her hair, and left a burn on her hand, presumably from when she frantically tore them from her head.

“As I went to turn around I felt burning on my face,” the woman told the Australian Transportation Safety Bureau. “I just grabbed my face which caused the headphones to go around my neck. I continued to feel burning so I grabbed them off and threw them on the floor. They were sparking and had small amounts of fire.”

Luckily, the flight crew thought fast and was able to mitigate any damage to the airplane. “As I went to stamp my foot on them the flight attendants were already there with a bucket of water to pour on them,” the woman said. “They put them into the bucket at the rear of the plane.”

No photos of the charred devices have been released, and the transportation officials investigating the incident haven’t released the manufacturer or brand name.