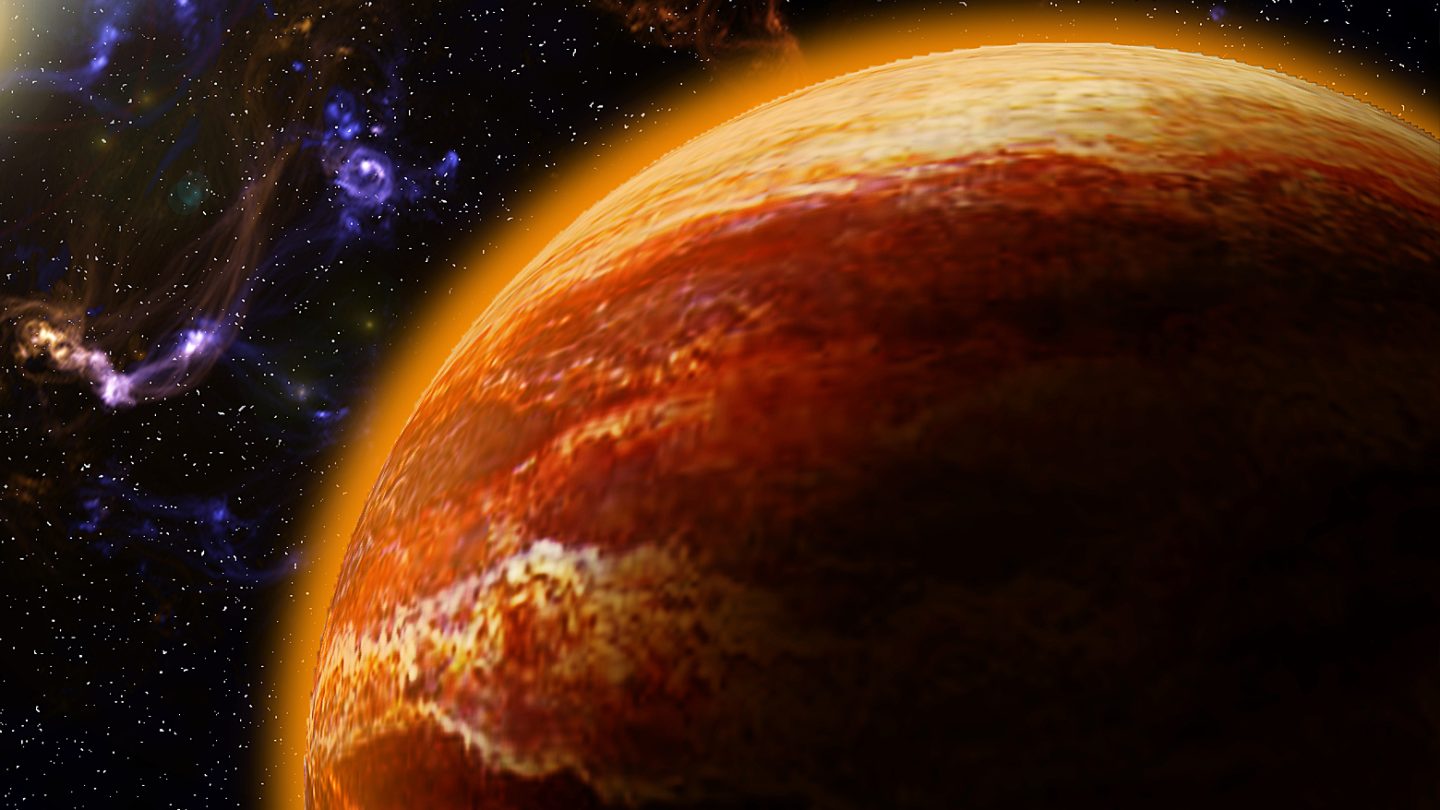 Jupiter is the undisputed big dog in our solar system. It’s so huge that even if you took all the other planets in our solar system and combined them, Jupiter would still be two-and-a-half times bigger than that. So when astronomers announce that they’ve discovered a planet that’s a whopping 66 percent more massive than Jupiter, you have an idea of just how huge that is. But what’s particularly interesting about the newly-discovered alien world named “TAP 26 b” is that it’s not a frigid ball of gas like our Jupiter; it’s boiling hot.

TAP 26 b is thought to be roughly 480 light years away, which isn’t really all that far, and that’s why researchers were able to detect it in the first place. Using the CFHT telescope located in Hawaii, a team led by Toulouse University’s Liang Yu observed the star called TAP 26 and were able to spot the telltale signs of a planet. The group studied data collected over a 72-day period and announced their final findings in a research paper.

The “Hot Jupiter” is moving rapidly around its parent start at a rate of one full orbit every 10 days — the Earth, of course, takes 365 days to make it around our own sun, while Jupiter has an astonishingly long 12 years to make the trip. Being as close to its star as it is, the gas giant TAP 26 b is extremely warm. Put simply: You probably wouldn’t want to visit.

The research team believes that TAP 26 and its Jupiter-alike could help to inform our understanding of how solar systems mature over time, and the changes that take place as they grow older.