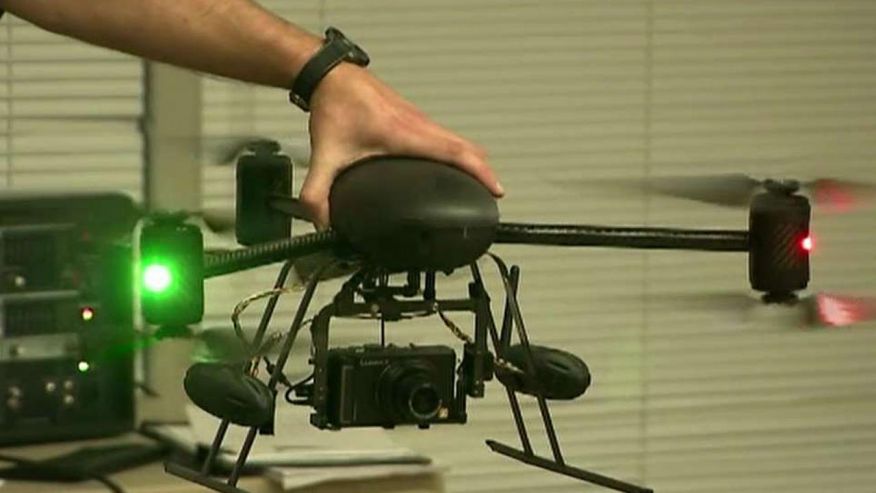 Just one week after the sheriff’s department in Cecil County, Md., got its brand new drone up and running, it was asked to investigate a case of stolen construction equipment.

Authorities in neighboring states suspected half a million worth of bobcats and other small machines were hidden in a house in Elkton.

So the Cecil County Sheriff sent his Typhoon H Pro to investigate. The drone flew over the property and police spotted several pieces of equipment behind the property.

That was enough to convince a judge to sign a warrant that night, leading to the seizure of the stolen equipment, police said. An arrest was made that night.

BILL WOULD ALLOW CONNECTICUT POLICE TO PUT WEAPONS ON DRONES

That is believed to be the first successful use of a drone in a criminal case of this kind.

“I’d say that flight was about as perfect as it could get. It was flawless. The flight went off very well. I think we were in the air a max of 10 minutes,” said Cecil County Sheriff Scott Adams. “Got the video and picture we wanted, got back down quickly, were able to get back to the office and review it with our criminal investigators and other state investigators that were here.”

Drones have become the newest crime-fighting tool for police departments across the country. Some local police departments have started using them for investigations, and others are eyeing them to help officers protect lives and catch offenders.

The sheriff’s department in Somerset County, N.J., hopes its drones could help it find missing people. “Project lifesavers” offers wristbands to the elderly with Alzheimer’s or dementia or children with autism who may wander off.

Now, instead of tracking them from the ground, they can be found much more quickly from the sky.

According to a study by Bard College Drone Center, at least 347 police, fire and emergency units nationwide now deploy unmanned aerial vehicles. And many more are in the purchasing stage.

That has raised privacy concerns among some groups, including the American Civil Liberties Union.

“We don’t have any problem with police using drones for common sense specific purposes for accident or crime scene photography or finding somebody lost in the woods or even if they need aerial backup while they are executing a warrant,” said Jay Stanley, an ACLU policy analyst. “What we don’t want to see is drones become a tool for pervasive, suspicionless surveillance, basically a way of letting the government look over all of our shoulders all the time.”

In Clarkstown, N.Y., the police department is training a dozen officers to be pilots and they say citizen rights is a primary concern.

If they need to fly somewhere where there is an expectation of privacy, officials there say, they will get a warrant first.