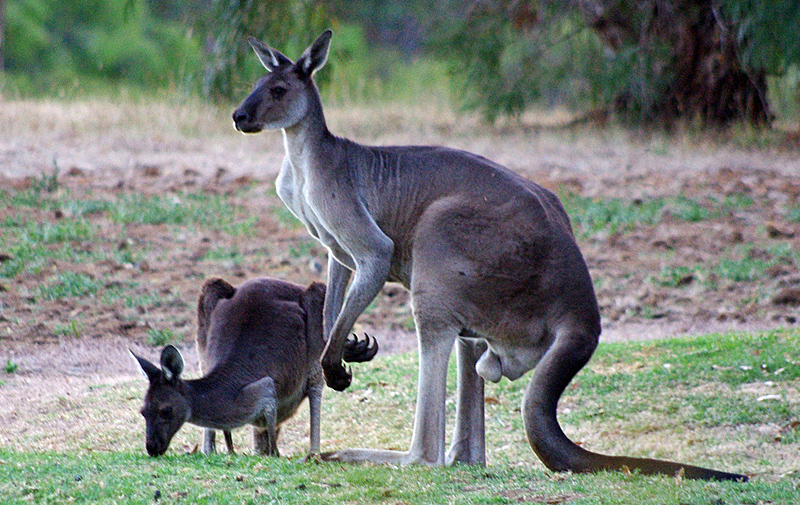 We all assume that at some point in the not-so-distant future, cars will be able to takes us from place to place with a bare minimum of input on our part. When that day will arrive is impossible to know, but for now it’s up to companies like Volvo to teach their self-driving software everything it needs to know to be a safe, responsible pilot of a moving vehicle. At the moment… well, it’s still learning, and it’s having a particularly rough time figuring out how the heck kangaroos work.

As ABC reports, Volvo’s self-driving car program has been testing and honing its software’s recognition and reaction to animals on the roadway. Deer, rabbits, and even moose are common sights on the pavement in many rural areas of the world, but Australia poses a unique challenge for self-driving cars.

Kangaroos are like no other large animal in that they don’t take steps, but bound along from spot to spot, “flying” for just a second at a time, landing, and then taking off again.

“We’ve noticed with the kangaroo being in mid-flight — when it’s in the air it actually looks like it’s further away, then it lands and it looks closer,” Volvo Australia’s technical manager David Pickett told ABC. In short, the car can’t figure out how far away the animal is because the shape and position of its body change so rapidly as it hops along.

It’s an interesting and timely reminder that for a driverless car to truly be able to take on all the world’s roads, it’ll need to be an expert in the unique conditions of each region, and the first truly capable self-driving system may still be many years away.