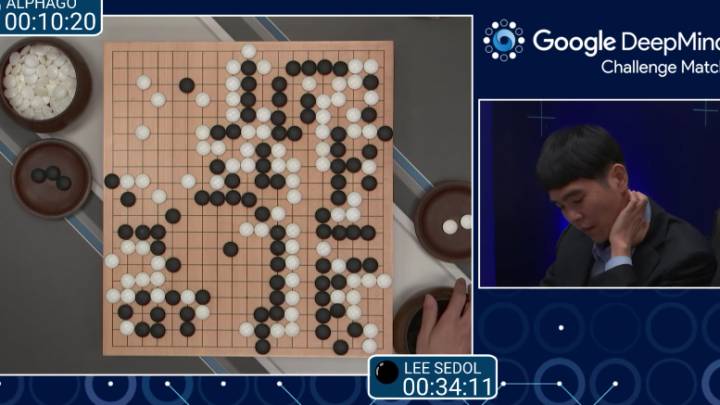 Experts estimated that artificial intelligence would need 10 years to beat humans at one of the most elaborate games that regular computers can’t consistently win when playing against real people. However, Google’s AI did that a lot earlier. The AlphaGo computer has ended its match against the person seen as the most gifted Go player in the last decade, winning four of the five games in this duel.

Google’s DeepMind victory was settled a few days ago after the computer beat Lee Sedol three times in a row. The Go champion managed to pull one back a day later, setting the score at 3-1 for the computer, though AlphaGo was already the winner.

The fifth game was still a well-fought battle, even though Sedol was technically defeated. Sedol played for a $1 million prize, which will be donated to charity.

#AlphaGo wins game 5! One of the most incredible games ever. To comeback from the initial big mistake against Lee Sedol was mind-blowing!!!

The AI player made a massive mistake at the start of the game, Reuters reports, but the computer was able to recover and turn the game around.

“One of the most incredible games ever,” DeepMind founder Demis Hassabis said on Twitter. “To come back from the initial big mistake against Lee Sedol was mind-blowing!”

It may have been a too close to call win for AlphaGo, but the fact remains the AI computer beat a human player for the fourth time in five games.

This is AlphaGo’s second such achievement, after a 5-0 win last year, though his opponent was a more skilled adversary, this time around, making Google’s victory an even more impressive feat. Sedol is an 18-time Go world champion, and the first 9-dan player to “battle” AlphaGo.

Of course, just because AI is getting so smart that it can beat us at very complex games doesn’t mean that we’re heading to impending doom, feared by some tech visionaries. In fact, we have no idea what Google will do with AlphaGo next. The Go experiment is a required step in developing strong AI, but Google will surely want to put this kind of intelligence to good use in other types of projects.