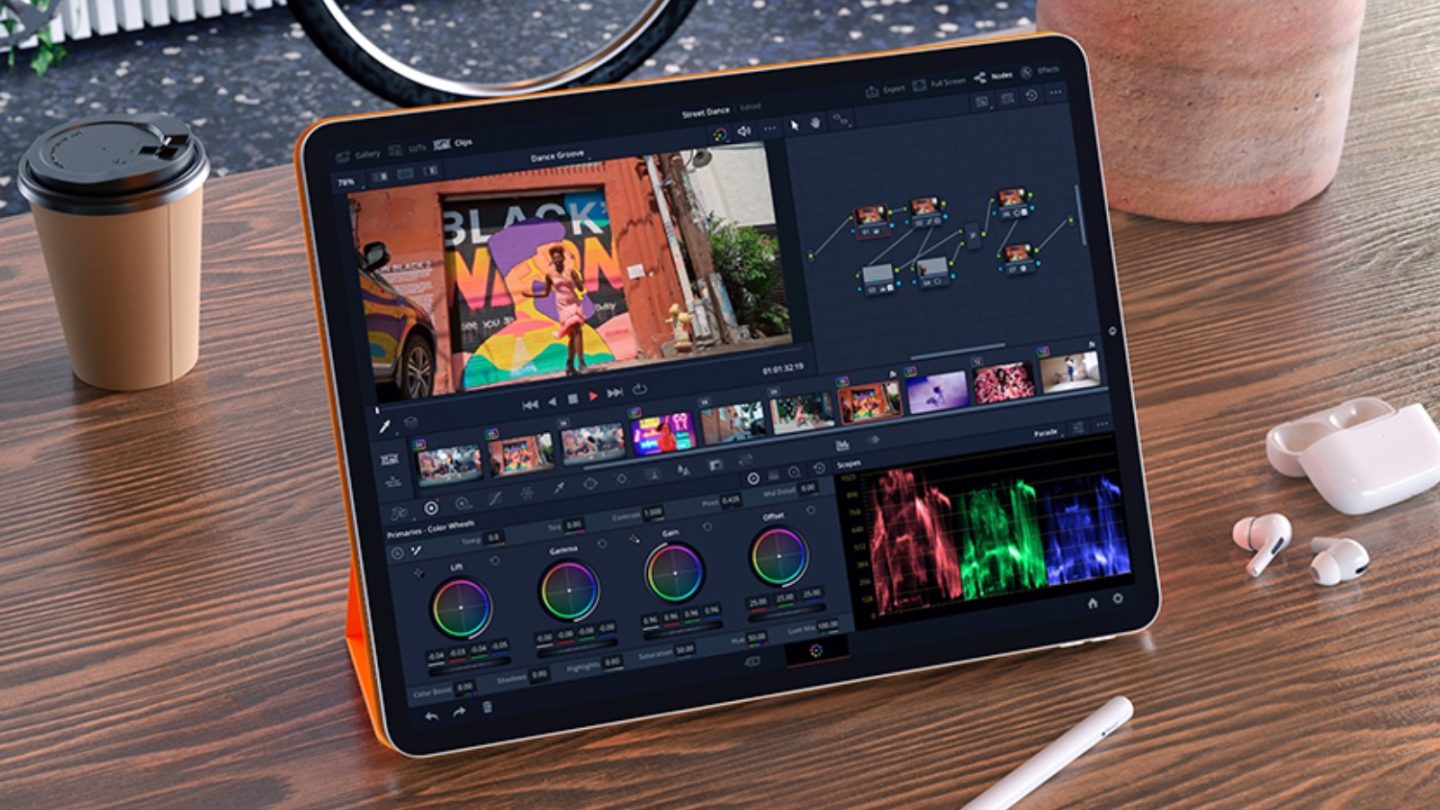 Users knew DaVinci Resolve app would be coming to iPadOS since October when Apple unveiled the M2 iPad Pro and teased this video editor and color correction software would be making its way to the company’s tablets. Two months later, the app is finally available to iPadOS users. Although Apple silicon iPads will have the most functionalities, this software works with many other iPads. Here’s what you need to know.

On its release notes, DaVinci Resolve notes that the app is optimized for the iPad Pro with M1 and M2 chips, as these models can get up to 16GB of RAM.

DaVinci Resolve for iPad is the world’s only solution that combines editing and color correction in one software tool! Its elegant, modern interface is fast to learn and easy for new users, yet powerful for professionals. DaVinci Resolve lets you work faster and at a higher quality because you don’t have to learn multiple apps or switch software for different tasks. That means you can work with camera original quality images throughout the entire process. It’s like having your own post-production studio in a single app! Best of all, by learning DaVinci Resolve, you’re learning how to use the exact same tools used by Hollywood professionals in high-end post-production studios!

Better late than never, having DaVinci Resolve available for iPad models can help Apple to promote the iPad Pro as a computer. Although everybody knows this tablet is as powerful as a Mac, the lack of Pro apps holds most customers back, despite the price.

While LumiaFusion is the app most people refer to when talking about “Pro applications,” the fact is that the iPad ecosystem has only a few of them. Procreate an almost complete Photoshop app, and that’s pretty much it.

Although DaVinci Resolve alone doesn’t make an iPad Pro the best choice, at least these Avant-garde users can have one more software to unleash the full potential of a $1,000+ touchscreen device.

DaVinci Resolve is free to download at the App Store but requires a one-time purchase of $94.99.