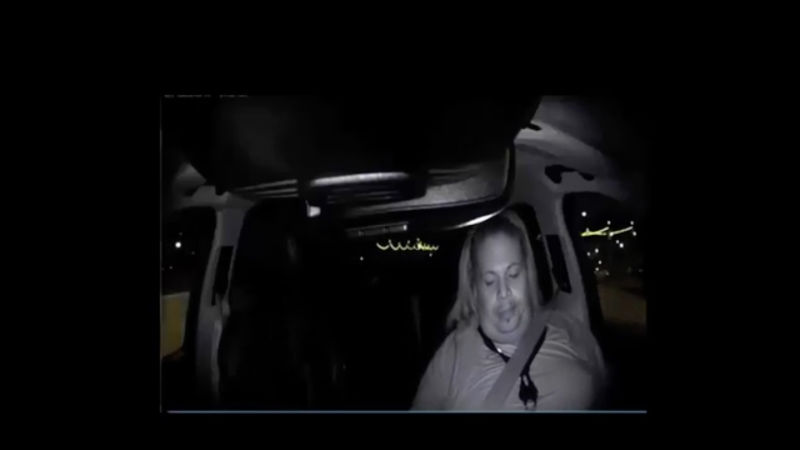 Police in Tempe, Arizona have released two video clips showing the final seconds before an Uber self-driving car hit and killed a pedestrian late Sunday night. The two videos show an interior (driver-facing) and exterior view in the moments before the fatal collision, but generate more questions than answers.

The exterior view shows that the car was travelling at speed down a dark, non-street-lit road (the police report said 38mph), and the headlights only pick up the pedestrian at the very last second. After watching the first clip, you’d probably be inclined to absolve Uber of any fault in the accident. However, the interior view clearly shows the driver looking down at some kind of screen in the seconds right before the crash, only glancing up and seeing the pedestrian at the last second.

A few things are worth bearing in mind when watching the video. Uber’s self-driving vehicles are fitted with LIDAR, a laser-based sensor system that works in tandem with the car’s cameras to detect and avoid objects. It works just as well at night as it does in day, and the video clearly shows that the pedestrian stepped in the street to cross the first lane of traffic well before she was struck by the Uber vehicle. In theory, a robust LIDAR system should have picked her up and stopped the car well before the collision.

The video also gives the impression that the pedestrian couldn’t be seen at all before she was directly in the path of the headlights. That’s impossible to disprove, but it’s worth bearing in mind that the human eye has a much better dynamic range (ability to see both dark and light subjects at the same time) as cameras, especially the low-resolution cameras we’re looking at. Just because you can’t see the pedestrian before they’re in the headlights, doesn’t mean a driver observing the road wouldn’t be able to see.

The interior view also doesn’t show what the driver was looking at. If she’s monitoring functions to do with the self-driving features on the vehicle, then questions need to be asked about whether one human can safely monitor the road and the vehicle’s computers. If she was checking a cellphone or something unrelated to driving, then Arizona police should likely find her personally responsible for the crash.

At the moment, Arizona police say that the investigation is ongoing, and they haven’t ruled out finding the driver or Uber at fault. In a statement, Uber called the video “disturbing and heartbreaking to watch, and our thoughts continue to be with Elaine’s loved ones. Our cars remain grounded, and we’re assisting local, state and federal authorities in any way we can,” the company said.