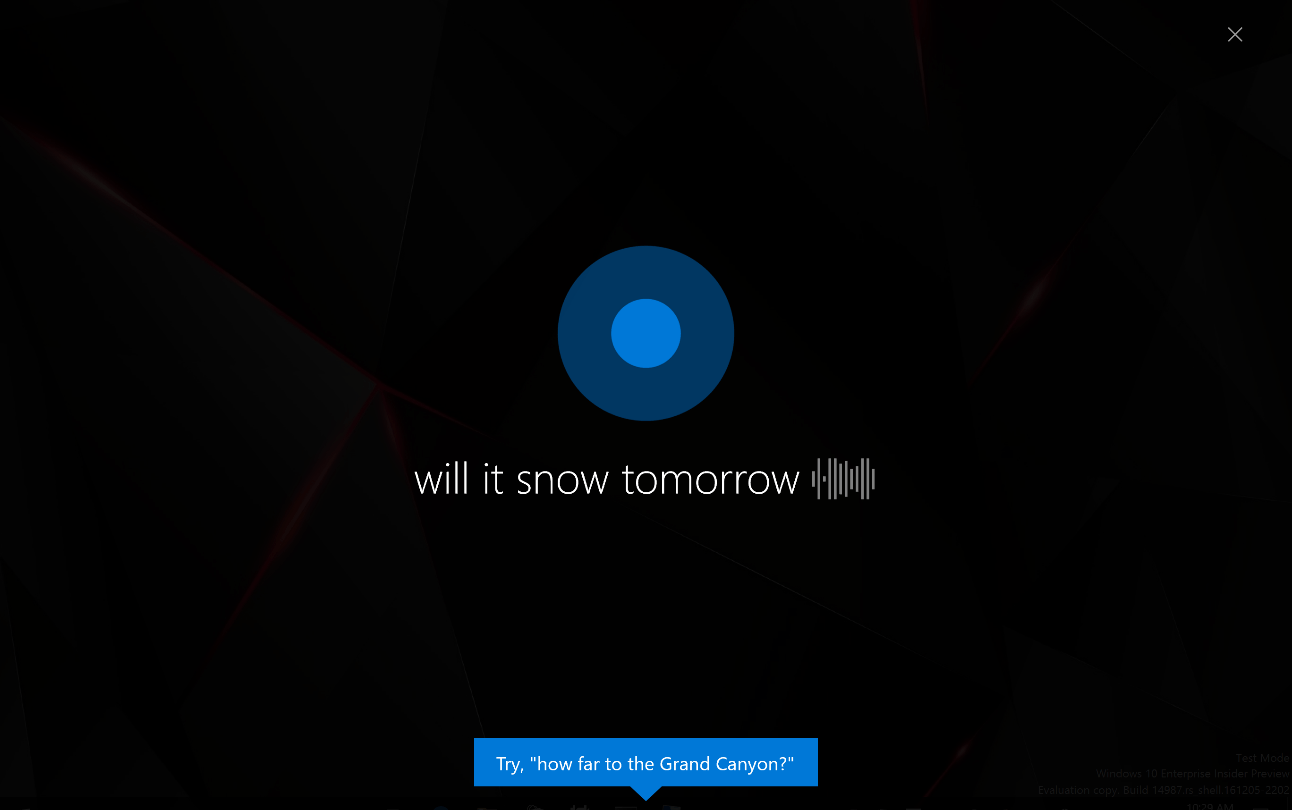 Apparently, we’re now in the era of voice computing. But there’s some things that are probably best handled by a keyboard and mouse in the interests of security: your bank details, internet browsing history, and the ability to turn your PC on and off.

Microsoft doesn’t seem to have got the memo on that last part, as one of Cortana’s “handy new tricks” is voice-activated shut down and restarts. I see no way in which this will ever be abused.

DON’T MISS: NES Classic Edition will be back in stock at Best Buy stores on December 20th

As part of a raft of new features added to the beta Windows Insider build of Windows 10, Microsoft has updated Cortana. There’s new things that should be genuinely useful, like voice-activated volume controls, music playback from within a (very limited) range of apps, and adding a cool-looking full-screen Cortana option.

Unfortunately, someone at Microsoft accidentally added power options to Cortana while doing all of this. So, you can just say “Hey Cortana, shut down,” or “Hey Cortana, lock the computer.” These things will be great when you do them; they will be bad when your seven-year-old kid works out how they work, or an annoying person on the other end of a speakerphone, or even a particularly stupid TV commercial.

Think I’m making this up? Go check out what people have to say about the voice controls for the Xbox One. There have been the same problems floating around forever; only, on the Xbox One, you can unplug your microphone. For the millions of people who work on Windows 10 laptops with built-in mics every day, I forsee this feature adding a tiny dose of convenience, and a massive amount of abuse.