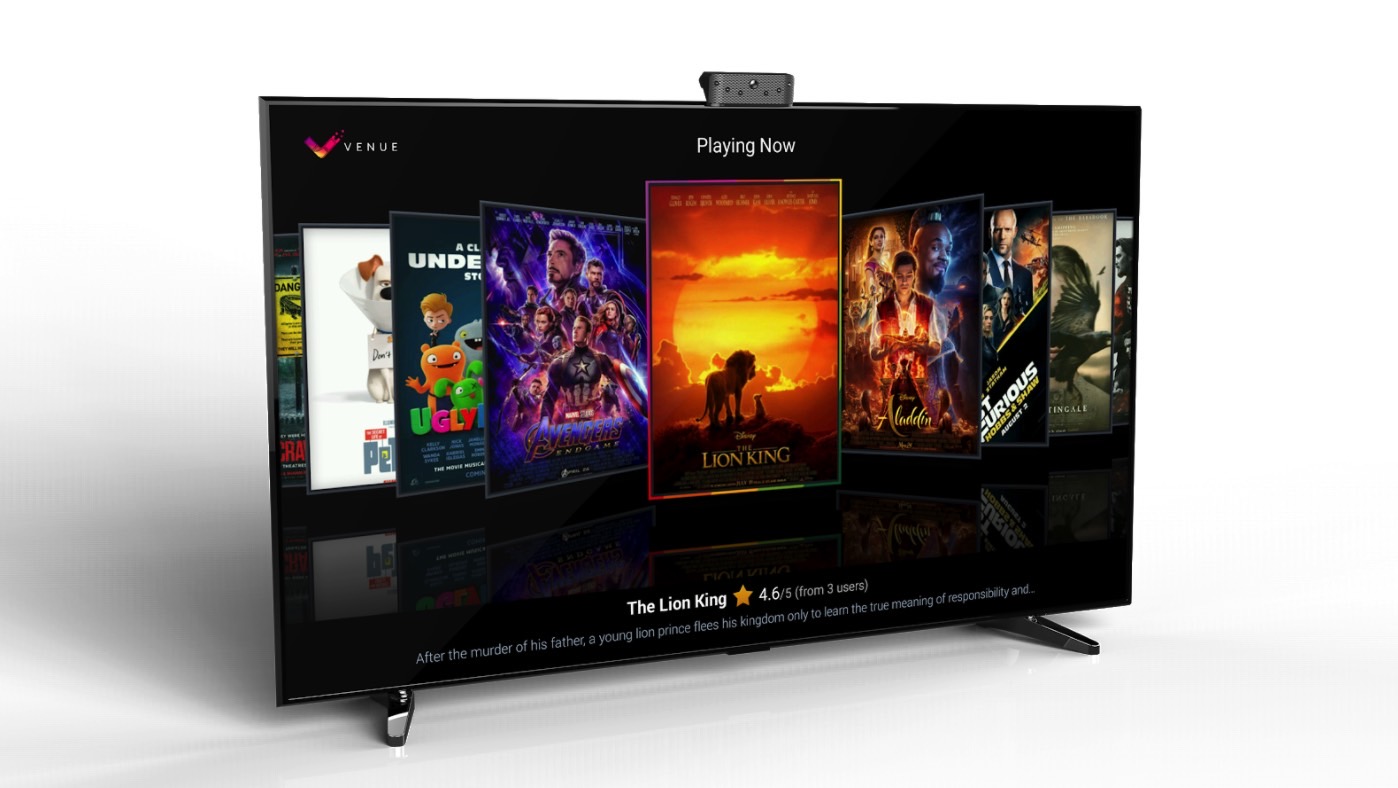 If there’s one thing that I miss about my pre-coronavirus life, it’s going to the cinema, and it doesn’t look like I’ll get to do that anytime soon. It’s not that theaters won’t reopen, but spending more than two hours inside the same AC-ventilated room with a bunch of other people doesn’t sound too appealing right now. I’d rather pay to watch new releases from home, but the upcoming attractions I’m most interested in have been delayed. Unsurprisingly, studios want to have those films playing in as many theaters as possible, in hopes of making a killing at the box office. Streaming services simply can’t generate that much revenue.

Depending on how long this pre-treatment phase of COVID-19 lasts, studios may come around and launch more films online. In order to make both studios and viewers happy, a new gadget might be able to sell you a ticket to watch a movie from home. The device seen in the image above is a sensor that sits atop your TV and counts all the people watching to sell tickets accordingly. I’m not sure I’d be up for that, but other people might jump at the prospect.

Xcinex, pronounced “scene-x,” is the company that makes the Venue sensor streaming system in the image above. Xcinex will partner with a variety of content producers to deliver video-on-demand movies, concerts, comedy shows, theatrical production, and sporting events directly to your home. That’s assuming content creators want to offer this sort of pay-per-view access to their content. And, of course, providing viewers at home will be comfortable with adding a TV accessory to their living room that essentially scans everyone in the room.

In an era where privacy is always front of mind, owning a gadget that can detect how many people are in the room doesn’t sound ideal. Xcinex CEO and founder Cihan Fuat Atkin assures Deadline that the gadget won’t spy on people.

“I wouldn’t say ‘monitored,’” he said. “I would say ‘headcount.’ It doesn’t do facial recognition. It just makes sure that the number of people in the room matches the number of tickets.”

“The data never leaves our ecosystem,” he said, without explaining how the monitoring of people actually happens. “It’s encrypted end to end and we’re taking all of the precautions beyond industry standards to make sure that it’s not accessible by anybody. It’s machine vision, so there’s no human being looking at a monitor.”

The system is so smart that it includes a so-called grace period, which allows for unaccounted people to drift through the room for a couple of minutes without being charged.

Venue will sell for $49 when it launches later this year, but that doesn’t include the actual tickets for the special pay-per-view events it will stream. The service will include a mix of free and subscription streaming options similar to what other companies offer. Venue will also have additional tools that creators might want to take advantage of, like the ability to deliver an actual headcount when it comes to viewership reports, and protecting the content with watermarks that would allow pirated copies to be easily traced.