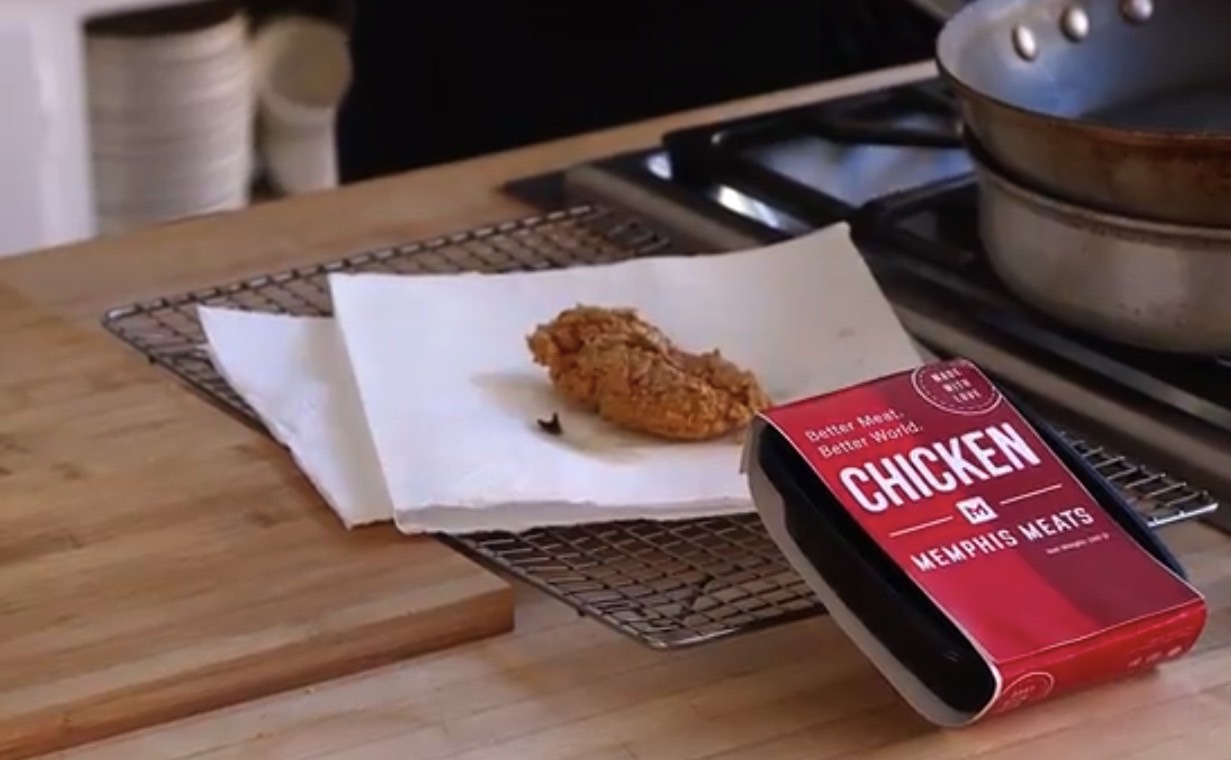 A Bay Area food startup just served the world’s first chicken strips made that was cultivated in a lab directly from cells. No chicken was killed to obtain it, and fewer resources were consumed to make it, although it’s still a pretty expensive process. However, this type of growing meat could revolutionize the meat industry in the future, as different startups are already growing various kinds of meat, not just chicken.

Clean meat is a new meat-growing concept that promises to fix a bunch of problems. On the one hand, Earth’s growing population is consuming more and more food. On the other hand, growing said food in the wild can be costly for the environment. Not to mention that animal advocacy groups still take issues with the way animals are raised and slaughtered.

Talking to The Wall Street Journal, Memphis Meats co-founder and CEO Uma Valeti said the clean meat requires a tenth of the water and one hundredth of the land required to raise conventional animals. There’s also no waste, as there aren’t there aren’t any real animals to grow.

Memphis Meats hosted a tasting luncheon to demo its lab-grown chicken, a first for the nascent industry. The same company and some of its competitors have already developed beef from bovine cells, which was turned into a burger and meatball. Memphis Meat also offered the testers duck prepared à l’orange style.

Chicken is the most popular type of meat consumed in the US and should soar past pork to become the world’s most-consumed meat by 2020.

Those attending the lunch said the chicken strip was spongier than regular chicken breast but has the same flavor.

The meat develops in steel bioreactor tanks where it receives the water and sugars it needs to grow into pieces of meat that could be sold to consumers. Memphis Meat expects to commercialize its meat products by 2021.

The downside of clean meat is that it still requires a lot of money, as it is right now, to make. One pound of chicken meat costs $9,000 to make. But manufacturing costs should go down in the future. It cost double that amount last year to produce beef meatball meat.