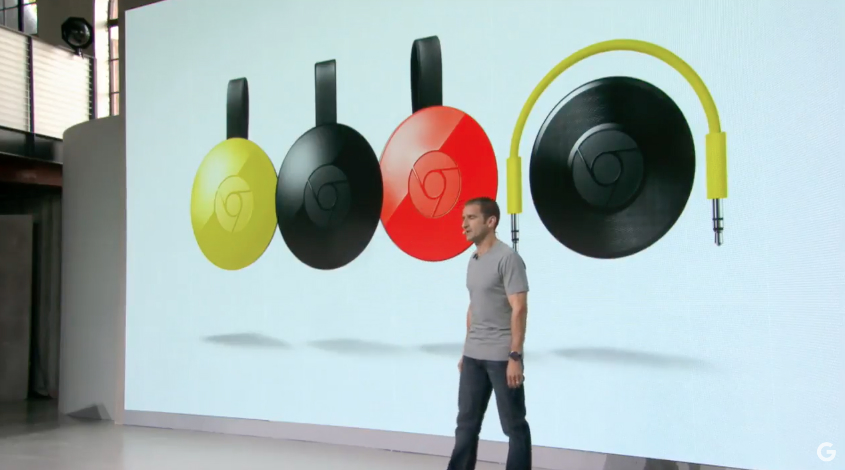 A few days ago, a Chromecast buyer revealed that Best Buy sold him a third-gen model that doesn’t officially exist. Best Buy had no problem displaying the brand new media player and selling it to interested customers, even though Google hadn’t announced the product. And Best Buy isn’t alone doing things it shouldn’t. Walmart just sold the unreleased Chromecast as well, a few days before Google’s fall press conference.

The story is similar to what we heard last week. A Redditor found the device inside a Walmart, and the store had no problem selling it for the same price as the old model:

I went into Walmart today and saw that they had the new Chromecasts in stock. I asked one of the employees if I could purchase one (it was locked) and they couldn’t find it in the system when ringing me up, so they just searched Chromecasts and selected the older model in the system to ring me up with. I haven’t opened it up yet but I’ll try it later today.

It’s not like we expect the new Chromecast to be more expensive than that, given that there are plenty of Chromecast units in use, and many Smart TVs come with Chromecast functionality built in. Even if you manage to buy a new Chromecast right now, the chances are that it won’t work until Google updates the Home app later this week.

Aside from a slightly tweaked design — the Google logo replaces the Chrome logo, and the device isn’t as glossy — the third-gen Chromecast does have one exciting new feature. That’s Bluetooth support, which will let you connect headphones and controllers to the gadget.

Google will unveil the new Chromecast on Tuesday, during its Pixel 3 XL media event.