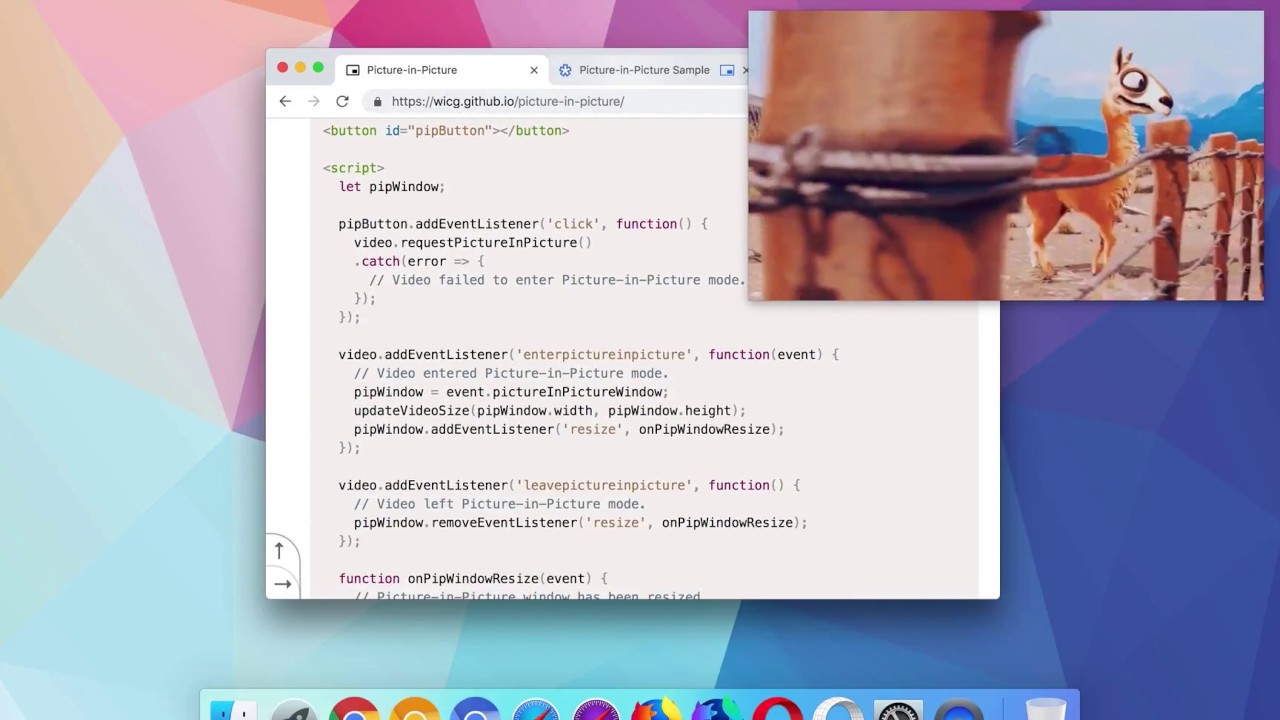 While the removal of a controversial feature might be the highlight of Chrome 70 — the latest update for Google’s browser — there is at least one exciting addition as well. Android Police was among the first to point out on Friday that picture-in-picture support has been enabled by default in Chrome on Windows and macOS.

Picture-in-picture debuted on Windows, macOS, Linux, and Chrome OS as part of the Chrome 69 beta, but the only way to use it was to enable it manually with a flag. Now, everyone (other than Chrome OS users, apparently) can use the feature without worrying about digging through settings.

Developers will need to enable picture-in-picture on their end, so you won’t be able to use it with any video playing in Chrome, at least not yet. If you want to see how it works though, go to any video on YouTube, right-click the video twice, and select “Picture in picture” from the pop-up menu. The video will then immediately shrink down and appear in the bottom corner of your screen, but you can move it around wherever you want.