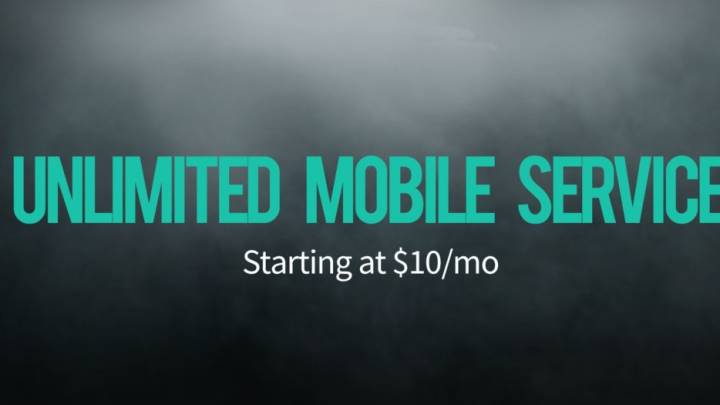 Earlier this year, popular prepaid wireless company FreedomPop teased a new super-cheap cell brand it was about to launch, called Unreal Mobile. The unique selling point was simple, it said: unlimited data, way cheaper than anyone else on the market.

Unreal Mobile has finally launched its super-cheap plans, which it’s calling “unlimited.” The first thing you have to understand is that they’re very much not “unlimited,” even by the tortured definition that the big wireless companies use. You get a fixed amount of LTE data per month (starting at 1GB) and after that, you’re stuck with 2G speeds, which are so slow that most apps won’t even load.

But despite the fact that the plans aren’t unlimited, they’re still some of the best value for money we’ve ever seen. The cheapest plan is $10 a month (with no credit check), and for that, you get 1GB of LTE data, unlimited 2G data (which normally means you’re throttled to 128Kbps, enough to send messages and not much else), and free calling and texting.

If you think of this as a 1GB data plan (which, to be clear, it is!), then the value is clear: Republic Wireless, another popular cheap MVNO, offers a 1GB plan for $20. Mint SIM charges $23 a month (after intro offer) for 2GB of data, but you have to pay three months upfront. MetroPCS, T-Mobile’s prepaid arm, charges $30 for a 1GB plan that’s nearly identical to Unreal’s offerings.

If you want a little more data, you can also pay $15 for 2GB of LTE (and the same other 2G data/talk/text conditions), or $30 a month for 5GB. The data all runs through Sprint’s network, which these days is fast enough, but still suffers from coverage problems in rural areas or some parts of the country. You get what you pay for, after all.

“A year ago, there was no way Sprint would have allowed us to offer UNREAL,” said Mauricio Sastre, FreedomPop SVP Strategy and Carrier Relations. “Today however, their hands are tied, as Sprint and T-Mobile are held up in regulatory approvals contingent on their ability to demonstrate that competition won’t suffer. Given that FreedomPop’s platform is enabling large companies like Dish to launch new MVNO brands in months, we decided to use it for our own purposes.”

Basically, FreedomPOP is taking advantage of Sprint and T-Mobile’s prepaid platform to offer the cheapest possible cell plans, which would normally cause the carriers to take action to prevent such cheap pricing. Right now, however, their hands are tied, because they have a case pending before regulators, and they can’t take any action that would be seen as anti-competitive. At least, that’s the story — carriers generally won’t discuss their MVNO deals in public, so there’s no way of knowing whether this is true.

Either way, Unreal’s offer is great value for consumers — just don’t go believing that it’s really unlimited, no matter what they say.