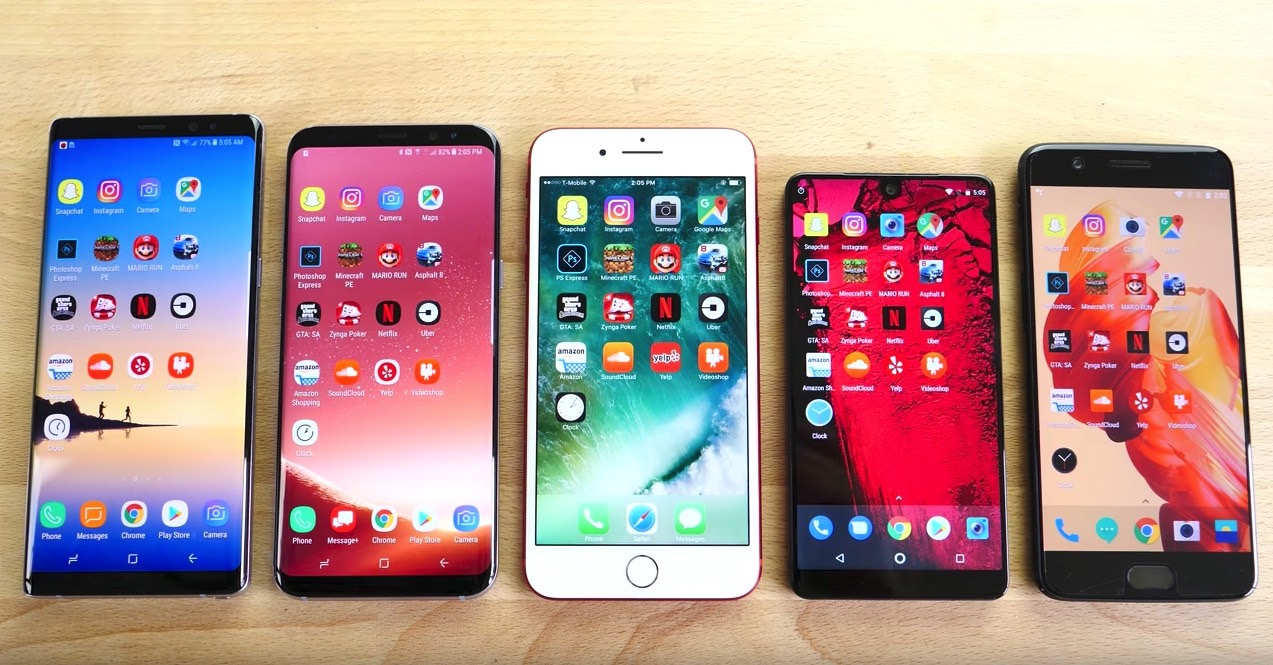 Apple last week unveiled a flurry of products, including the redesigned iPhone X that stole the entire show for all the good and bad reasons. The iPhone X will be a tough device to replicate, but it’ll likely set the tone in the industry for facial recognition security and notchyness — you know exactly what I mean.

But the iPhone X isn’t the only new Apple product Android device makers have to worry about. Apple has quietly “launched” the nightmare iPhone for Android.

Since the beginning of iPhone, Apple was very clear that it’s not competing on price with anyone. Then Android came along, and device makers kept lowering the entry price of Android device, in hopes of capturing a large share of the market. That helped Google become the king of the mobile universe when it comes to market share, while Apple kept all the profits.

But with the iPhone X which is the first Apple phone to cost $1,000, Apple is also doing something entirely different. And it could be just the beginning of Android’s worst nightmare: more affordable new iPhones.

You’ve been able to buy cheaper iPhones for years. But they’re not new and they don’t come in shiny new boxes that you get to open first.

Apple didn’t just drop the price of the previous flagship now that a new star is in town — iPhone 7 is $100 cheaper than before — but it also dropped the iPhone SE price to an all-time low of $349. Better yet, it kept in its inventory the both iPhone 6s models. Until the iPhone 7 launched last year, the iPhone 6s was the fastest phone you could buy, even faster than the Galaxy S7 or Note 7.

For just $449, you get a new iPhone 6s that runs iOS 11 out of the box, and it’ll get steady updates for some time to come. That’s $100 more than the iPhone SE, which offers iPhone 6s performance in a compact iPhone 5s body.

Imagine what happens next year if Apple keeps this up. With the introduction of the 2018 iPhone models, all the existing iPhones will get a $100 price drop. Even if the iPhone 6s gets discontinued next year, the iPhone 7 would still cost just $449.

That price point alone should be enough to make you ignore any budget Android phone that launches around the same time. Forget the #NeverSettle phones that are more expensive every year when you can buy a device you know Apple will keep supporting long after its life expectancy should be over.

But wait, it can get even worse for Android. While Apple isn’t selling it anymore, the iPhone 6 is still available in some stores, like Walmart, for just $199. At that price point, you’d be a fool to buy a similarly priced Android handset instead. What if the iPhone 6s is next to get the same treatment. In 2019, a StraightTalk iPhone 7 could cost you just $199.

In 10 years of iPhones, this is a lesson the competition never learned. Keeping around last year’s iPhone for at least one more year is better than creating brand new mid-range and entry-level iPhones. And if Apple decides to support multiple models, like it’s doing this year, it’ll have the cheap iPhones everyone wanted without actually creating one.