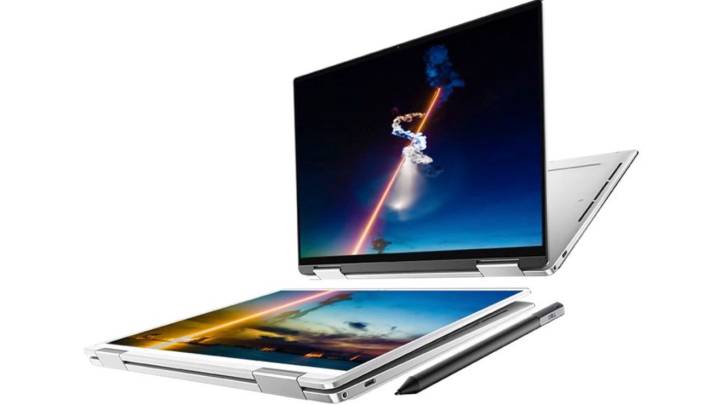 If there’s one category of product that will see plenty of new arrivals at CES 2020, it’s the PC. Personal computers are increasingly more powerful, efficient, and sophisticated when it comes to features, but that doesn’t mean they have to be boring. If anything, CES 2020 proves that notebook and desktop PC vendors are looking to add new tricks to their new devices to win over new customers in an age where CPU, memory, and storage increases might not be enough anymore to convince people to upgrade.

Let’s face it: all 2020 devices will come with the same combination of powerful 10th-gen Intel processors, support for more RAM, more affordable SSD storage, and impressive theoretical battery life. Regardless of which machine you buy, you’re getting plenty of bang for your buck, and some of those laptops and desktops will be quite affordable. That’s probably why laptop and desktop vendors have concocted all sorts of exciting new features that you wouldn’t otherwise see in these devices. Here are some of the best new tech that’s being introduced at CES 2020.

This one was bound to happen. 5G is now a thing for laptops, so you’ll definitely want to check out Dell’s Latitude 9510 (above) and HP’s Elite Dragonfly G2 (below).

Tracking a lost or stolen laptop can be a huge pain, but HP plans to fix that. The same Elite Dragonfly above won’t just have 5G connectivity on board. It’ll also come with a tracking feature powered by Tile that should help you find the laptop with an app. It’s the world’s first laptop to come with a built-in Tile tracker, but it certainly won’t be the last.

Intel’s NUC 9 concept (above) that’s made for gaming looks fantastic, as it’s the kind of product that will let you easily upgrade an aging gaming desktop. However, Lenovo has a different concept that involves a modular design for gaming.

The Chinese PC maker launched the Legion Y740S gaming laptop that needs an eGPU BoostStation for gaming. That’s a standalone eGPU box that can house a desktop GPU of your choosing. Sure, it kills gaming on the go, but adding an eGPU can turn any 2020 laptop into a great gaming machine.

Don’t get too excited about a laptop recharging wirelessly while you’re using it. That might be the dream for a future where long-distance wireless charging becomes possible. Also, don’t get your hopes up for a notebook being able to wirelessly recharge a phone, though that might happen soon as well, considering PC makers are using the technology for desktops. But the new HP Envy 32 AiO that was unveiled at CES comes with a built-in wireless charging pad and a monster RTX 2080 GPU inside. The two are not related, but the latter is a sign this all-in-one is a seriously powerful machine.

Laptops are supposed to be thinner and lighter than before, and several innovations will make that possible. For example, Dell’s new XPS 13 has even slimmer bezels, which means it’s overall footprint is smaller than before. But if you want a really light laptop for work, you might want to check out the Dynabook Portege X30L, which weighs in at 1.92 pounds. It’s still a 13-inch machine with 2020 specs inside, but it’s all packed inside a magnesium alloy chassis. The Elite Dragonfly from HP also weighs less than 2.20 pounds.

It’s not the first year we’ve seen strange laptop designs, but CES 2020 might further cement the idea that laptops don’t all have to look the same. The Acer ConceptD 7 Ezel looks a lot like a laptop that thinks it’s a Surface Studio desktop. The display features a built-in stand that lets you adjust the angle of the screen as you see fit, and even tilt it on top of the keyboard for drawing — or for watching Netflix in a tablet-like mode.

Asus, meanwhile, is going forward with its multi-screen design for laptops. The ZenBook Duo is the successor of last year’s Pro Duo, and it has a 14-inch main display as well a secondary 12.6-inch screen placed above the keyboard. Yes, it’s quirky, but it might just work.

Premium build quality for everyone

The newest Windows 10 notebooks and desktops come in all shapes and sizes, but vendors have steadily increased build quality to compete with Apple’s MacBooks and Macs better than before. So you’re likely to find a great Windows 10 device when it comes to design and durability, especially on the laptop side of things. But recent years brought us a new type of device from PC vendors, the premium Chrome OS laptop.

The Chrome operating system itself isn’t the Windows 10 or macOS replacement you need. But if you can live and thrive in Chrome OS, there’s nothing that should prevent you from getting a premium laptop running on Google’s desktop OS. Asus and Samsung have got you covered this year — that’s the Chromebook Flip C436, and the Galaxy Chromebook (below), respectively. The latter features a 4K AMOLED display, and it’s easily the more exciting of the two,  but it’ll cost you a pretty penny at $999.99.