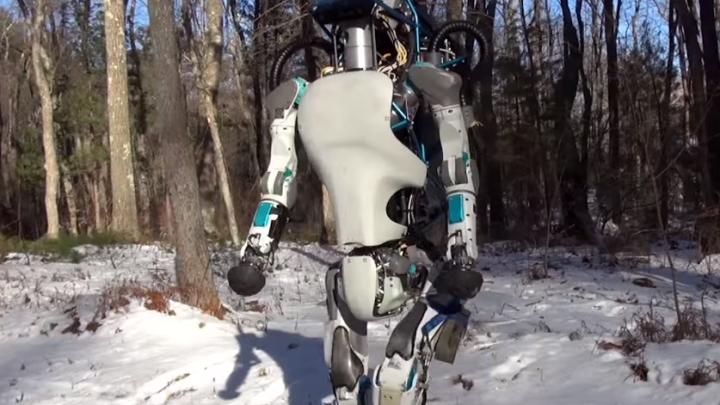 Inventor of all manner of awe-inspiring and uber-creepy robots, Boston Dynamics has finally found a buyer. SoftBank, the Japanese Google-alike which has been on a buying spree of late, just announced that it has acquired Boston Dynamics from Google for a undisclosed sum, but you can bet it wasn’t cheap.

Boston Dynamics is one of the leaders in robot development worldwide, and when the company was bought by Google X in 2013 it was a pretty huge deal. But the honeymoon didn’t last long, and Alphabet started shopping the company over a year ago in the hopes of offloading it. A handful of rumored suitors popped up, including Amazon, but the acquisition talk quieted down rapidly. SoftBank apparently decided enough was enough, and struck a deal with Alphabet to buy the firm outright.

“Today, there are many issues we still cannot solve by ourselves with human capabilities,” SoftBank CEO Masayoshi Son said in a statement. “Smart robotics are going to be a key driver of the next stage of the Information Revolution, and Marc and his team at Boston Dynamics are the clear technology leaders in advanced dynamic robots. I am thrilled to welcome them to the Softbank family and look forward to supporting them as they continue to advance the field of robotics and explore applications that can help make life easier, safer and more fulfilling.”

Even if you’re only vaguely familiar with Boston Dynamics as a company, you’ve no doubt seen plenty of their robots in viral videos and various news pieces over the past half decade or so. Now, with an owner who actually wants them, perhaps the company can get the eventual robot takeover of Earth back on track.