Bosch is rolling out a new on-board computer for 2019 eBikes models that packs a slew of features into a compact unit, everything from a heart rate monitor to a full-color display that sports Gorilla Glass making it especially designed for the more ambitious riders amongst you.

Meet Kiox, Bosch’s eBike computer it will show off for the first time Sept. 18 at the big Interbike expo in Reno. It’s got a small and robust color display, is controlled by a separate unit on the handlebar and can give the eBike rider everything from data on speed to personal performance, cadence, the state of the battery’s charge, and more. It can also be combined with an optional heart rate monitor and notify the user if they’re going above or below the average speed, motivating them to take their performance to the next level if needed.

“Kiox is our best and brightest display with more useful features than ever packed into such a compact unit,” said Claudia Wasko, vice president and general manager of Bosch eBike Systems Americas. “With its ability to connect to the rider’s heart-rate via wearable sensors, Kiox also marks our first step in North America connecting eBikes to the eBiker’s digital world.” 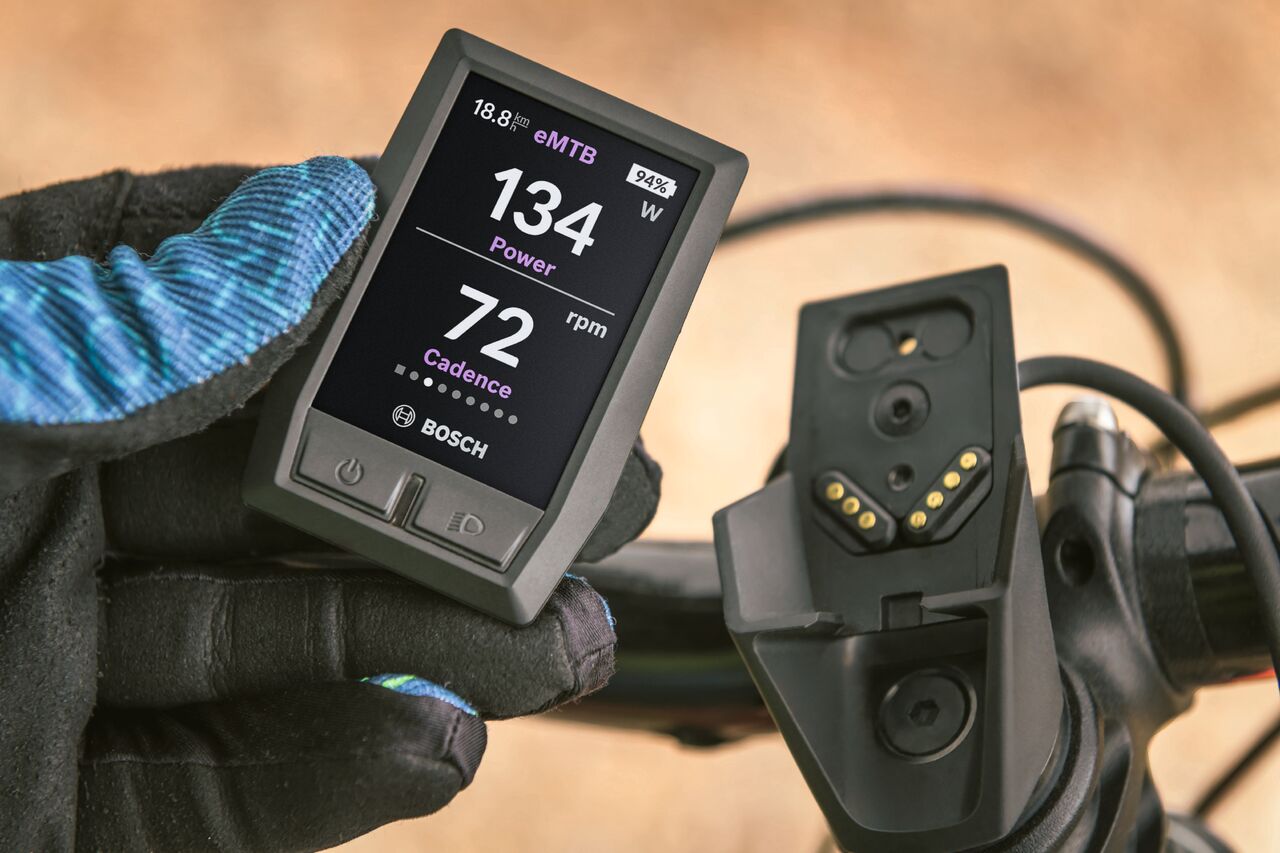 Among the new computer’s other specs and highlights:

Bosch works with more than 30 eBike manufacturers, and they can choose to install the display with the Bosch mount or integrate it into the handlebar stem through a custom solution. Kiox, which won a “Best New Product” Award at Eurobike 2018, also has display lighting that automatically adapts to the surroundings.

The 1.9″ high-resolution color display is readable even in direct sunlight and in the dark, and the Gorilla Glass protects against scratching and other damage. The integrated display battery gives you up to 20 minutes of power in the off-board mode and displays a summary of the day’s activities.

As a reminder, Bosch is a major player in this space, with a portfolio that ranges from the drive unit, including motor and gearbox, to high-quality batteries and a smart on-board and cycle computer that it says can be used pretty intuitively by riders.