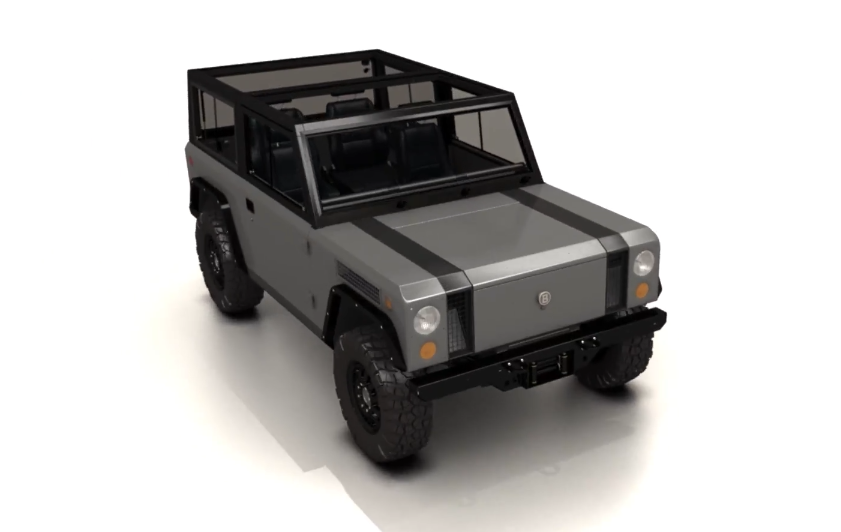 While Tesla made electric cars cool again with sleek designs and an eye for luxury above all else, a small startup called Bollinger Motors is making a name for itself by focusing on the exact opposite. The Bollinger B1 won’t dominate a wind tunnel, but its boxy throwback design is a marriage of utility and nostalgic style, and it also happens to be incredibly powerful.

The company has only offered a few teasers and brief glimpses at its debut model thus far, but a new crop of short showcase videos has made their way to YouTube, offering our first look at the B1 tackling the test track pavement.

Okay, so the videos are actually incredibly short, and are cut in a way as to make them look more like movie trailers than actual product showcases, but they’re still the best look we’ve had at one of the more promising electric vehicle startups to come along.

The B1 boasts some impressive specs that its utilitarian exterior does a good job of hiding. For starters, Bollinger says the vehicle’s electric drivetrain is capable of delivering 360 horsepower and a huge 472 pound-feet of torque, which help propel it from zero to 60 miles per hour in as little as 4.5 seconds.

The company is positioning the B1 as a “sport utility truck,” and its rugged design and impressive range of up to 200 miles would seem to suggest it’s capable of filling both of those niches. Its all-aluminum chassis and body panels help it stay nimble, and the all-wheel drive system is basically a no-brainer for a vehicle such as this.

It’s an impressive vehicle all around, but there are still some big questions Bollinger needs to answer before this beast hits the streets. Namely, the company’s capability to mass produce the vehicle and the final price tag.