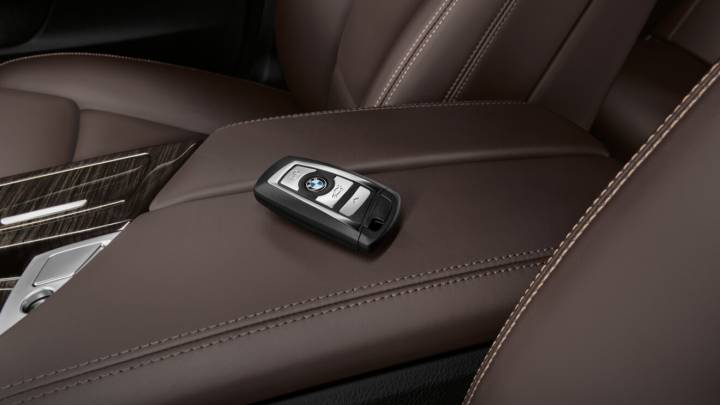 Modern luxury cars are packed with all sorts of advanced security features, but not even a company like BMW can protect against someone leaving their keys inside their brand new sedan. But one would-be car thief found that even such colossal absentmindedness doesn’t mean a sure-fire score.

Seattle police released a report detailing the recent car theft. Apparently a BMW 550i driver borrowed the vehicle from a friend, and proceeded to leave the car unlocked in a parking garage with a set of keys right inside. A group of miscreants were browsing for possible scores when they stumbled upon the gift-wrapped BMW and one of the men decided to make it his own.

Once the friend — who was undoubtedly sweating bullets after realizing that they handed their friend’s pricey ride over to some thieves — contacted police, things started to get interesting. The cops proceeded to call BMW, which was able to track the vehicle and pinpoint its location, which they relayed to the officers.

Seattle police were also lucky that the stolen BMW also had remote door locks that could be activated from afar, which the company was happy to put to work. A short while later, the police found the BMW still running with the thief sleeping inside.

The man then attempted to make an escape, but failed, and was quickly brought into custody by the officers. He was discovered to have a bit of meth on him as well, which, along with a heavy auto theft charge, will likely keep him busy for the foreseeable future.