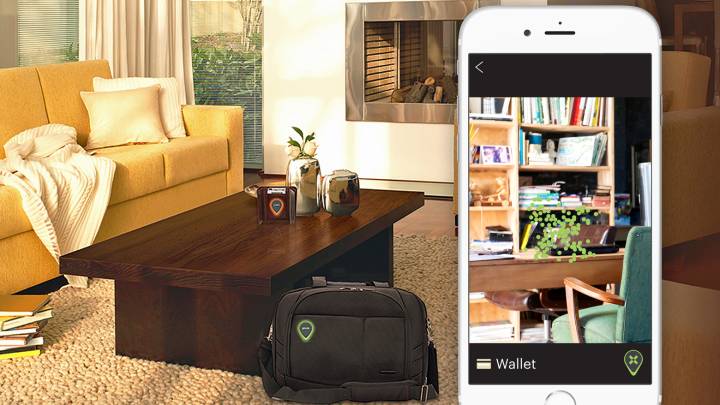 Even before Pokemon Go became one of the most popular smartphone apps of all time, it was clear that augmented reality is going to become a pretty big deal. It’s still just getting started, but there are already some really promising applications of AR technology, which is why Pixie originally caught my eye. It promises to be “Pokemon Go for your keys” by allowing you to apply tags to precious items and then use your smartphone lens to track them down in the real world. After about a week of using Pixie I can say that like augmented reality as a whole, Pixie is promising but not quite there yet.

For Pixie to work you need a special smartphone case — which houses one of the teardrop-shaped Pixie Points — and the Pixie smartphone app. Once calibrated and synced to each specific Point, you can apply the tags to whatever you want. They have adhesive on the back but you can also use them as loose locators, like if you wanted to slide one into your wallet, for example.

The smartphone case is free with each Pixie kit, and on a side note, the case itself is actually really fantastic. It’s made of a matte vinyl that is both very firm but still flexible. It has the perfect texture, avoiding being too shiny and slippery while still being smooth enough to not catch on your pocket fabric when you’re sliding it in and out of your jeans. If there’s one thing Pixie did absolutely perfectly, it’s the case design.

Back on topic, the Pixie Points are meant to be attached to things like your TV remote, purse, or even your pets, and they’re easily applied to whatever it is you want to track. The adhesive is extremely strong, and a pair of plastic key fob adapters are included as well. The whole package feels very premium.

The Pixie app unfortunately doesn’t share the top-of-the-line design choices of the physical product. It’s often slow, with a clunky UI that doesn’t adequately explain how the whole system works. After syncing the tags and applying them to various objects — including a disgruntled cat — it became a test of trial and error to see how the tags would be detected and under what circumstances.

The app does its best to tell you where your Points are, but it really struggles to deliver the information in a consistent way. There are three different ways to find an item once you tap on the Point’s label on the Pixie menu: A compass pointer, the “metal detector” mode, and the aforementioned augmented reality camera. But the app doesn’t let you pick which mode you’re using, it just decides based on the situation. The metal detector pops up automatically when you get within five feet or so, and the AR view is only usable when you’re at a larger distance. The compass tool appears when you’re in AR mode but then lower your arm. All of this is vaguely explained in short animations when you first try out each feature, but they don’t do a great job of explaining how the app decides to show you one tool over another. The other issue I ran into is that if you’re not in the right area of your home, Pixie won’t be able to detect the tags at all. Even going down the hall and into the neighboring room in my house left the Pixie app unable to detect the position of a tag I had in my office. When that happens, you get a message saying the signal wasn’t strong enough and that you need to venture elsewhere. Once you enter the correct room, the app suddenly springs to life and tells you that a tag is nearby, which is great, but if you’re looking for something that isn’t in the relative vicinity you’re going to be disappointed.

If there’s one word I could use to describe the entire Pixie experience, it’s “inconsistent.” In certain places and under certain circumstances it’s a great way to find something you misplaced, but if you’re hoping for Pixie to be an instant fix for finding things in your house, wherever they may be, it’s just not reliable enough to shorten the time it would take to find them.

Despite my issues with Pixie, it’s clear that the tech itself does work. Bad app design can be fixed in an update, and even Pixie’s detection tools can be further refined while using the same hardware. Pixie could turn out to be a must-have, but it’s just not there yet. Pixie Points are available in packs of either two ($49.99) or four ($99.99).