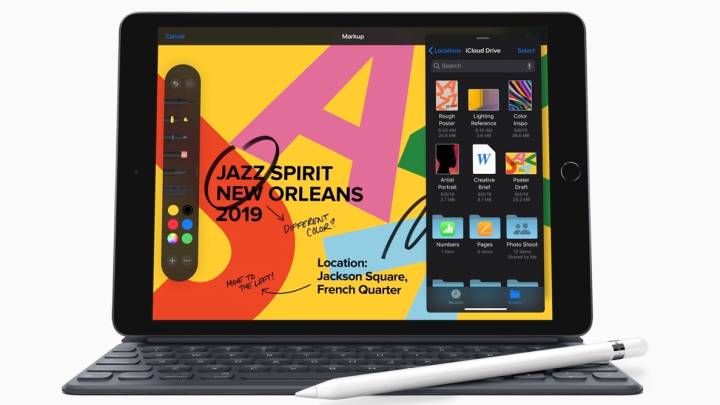 It’s Thanksgiving Day, which means Black Friday sales are already available online from several retailers, with some of them set to open doors this afternoon. If you’ve been saving deals to your shopping deals, serious shopping starts today, and you’ll probably want to make the most of it. Some of the hottest products of the season, like the AirPods 2 and AirPods Pro, are on sale on Amazon — and the AirPods Pro discount is quite rare this year. Also on Amazon, you’ll find a couple of other exciting discounts, including a Nintendo Switch deal that lets you save $25 on the popular console, as well as a Sony sale for its high-end noise-canceling headphones that scores you $72 in savings. Even if you’re shopping for Instant Pots this Black Friday season, Amazon’s got you covered with some terrific sales, as well as plenty of other discounts.

But it’s not just Amazon that deserves some attention this weekend, as some of its biggest rivals are ready to offer you great savings on plenty of products, including consumer electronics. We’ve covered the best iPhone 11, AirPods, and Apple Watch deals so far, and we’ve outlined ways to get the best prices on all of these hot Apple products. In what follows, we’re going to show you the best iPad deals out there, including the one iPad sale you shouldn’t overlook this year.

Apple did things differently when it comes to new iPad launches this year, as the Pro line was not refreshed. The iPad Pro models are the best tablets Apple ever made, and you’re bound to see some exciting deals for them this week. But you’re not getting a hardware refresh just yet.

The new 7th-gen iPad (image above) features a slightly bigger Retina display, at 10.2 inches, as well as better hardware. We’re looking at a device packing an A10 Fusion chip, and a device that works with the smart keyboard and the Apple Pencil. iPadOS 13 can turn all of that into a better laptop replacement than ever.

However, Apple doesn’t offer any significant discounts on iPad. The company’s Black Friday and Cyber Monday sale will net you just gift cards of up to $200, but the value is representative of the cash you spend in Apple stores. Starting at $329, the 10.2-inch iPad isn’t likely to qualify for a $200 gift card.

If you’re buying more expensive Apple hardware from Apple this weekend, then you might still put that eventual $200 gift card to good use towards an iPad purchase. If not, then shopping iPad at other retailers might be a better idea.

As you’ll see below, Amazon happens to have iPad Pro deals in store for you on Black Friday, as is Best Buy. In fact, Best Buy’s My Best Buy members get to save from $150 to $250 on select iPad Pro models.

But Apple’s newly launched 10.2-inch iPad, which happens to be Apple’s cheapest regular-sized tablet right now, gets an impressive discount of $80 from several retailers. Instead of $329, you’ll only have to pay $250 for the 32GB version, which is a remarkable deal for a device that was unveiled only in September.

Best Buy is also one place to try to match iPad pricing from other retailers if you’re not going for the high-end iPad Pro this year.

Here are all the iPad sales, as listed by several major retailers so far this Black Friday season: