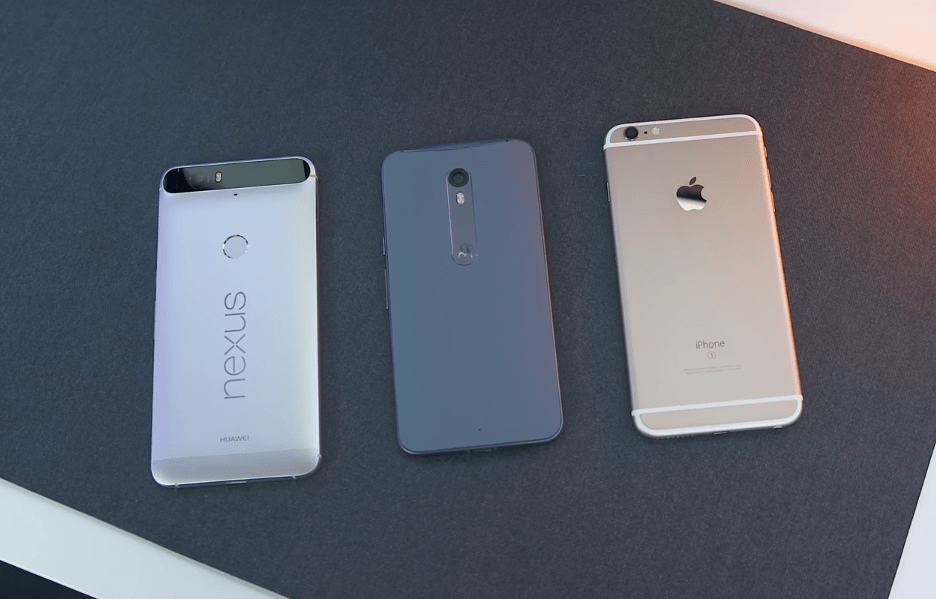 You can find some of the best gadget reviews in the world on YouTube and two of my favorite YouTube gadget reviewers have just posted their picks for 2015’s smartphones of the year. So what do popular YouTubers Marques Brownlee and Jonathan Morrison think of 2015’s crop of smartphones? Let’s explore both of their year-end wrap-up videos below.

Here’s Morrison’s video, where he picks the Nexus 6P, the iPhone 6s Plus and the Moto X Pure Edition as his three best phones of the year:

He says that the 6P barely edged out the Galaxy Note 5 in his rankings and he praises the device for delivering a strong camera, which is something that Nexus devices have traditionally lacked. He also loves the device’s overall build quality and its “wicked fast” fingerprint scanner.

The iPhone 6s Plus, meanwhile, gets praised for its fast A9 chip and strong battery life, as well as its great camera software that works in perfect harmony with the camera hardware. And when it comes to the Moto X Pure Edition, Morrison says that it’s “easily” the best mid-priced smartphone of the year and it even has a significantly approved camera compared to earlier Moto X models. He also loves the customization options for the device, which has become a staple of Motorola flagship devices.

In short, here are some of his awards for different smartphones this year:

To see all of Brownlee’s smartphone award picks for this year, check out the full video below.