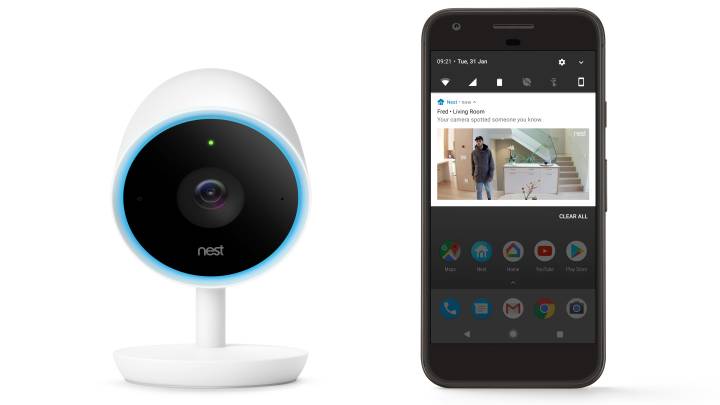 Nest exists in a strange place in the smart home. While every other company is rushing to be the whole-home smart assistant that you’ve never needed (see: Amazon Alexa), Nest has tried to identify a few key niches and make its products around those.

It successfully made its name in thermostats; now, smart cameras are the new big thing. Nest has a new one, and it’s riding the AI trend to a creepier stop than ever.

The new camera is called Nest Cam IQ, and on the surface, it isn’t all that different to the Nest Indoor or Outdoor Camera that came before it. Fundamentally, it’s still an internet-connected camera that live-streams video from your house to an app. If you never had any use for a home camera before, it’s still going to be pointless.

But for people who are interested in tracking the comings and goings in a house, Nest’s new camera will be invaluable. Out of the box, it will ship with a feature that can identify humans (rather than cats or shadows) and alert you to the presence of a person in the house. With a Nest subscription, you can even had the app identify people using facial recognition, and then alert you when certain people show up.

The Nest Cam IQ costs $299, and is available for pre-order right now on the website. Delivery should be expected sometime in June.