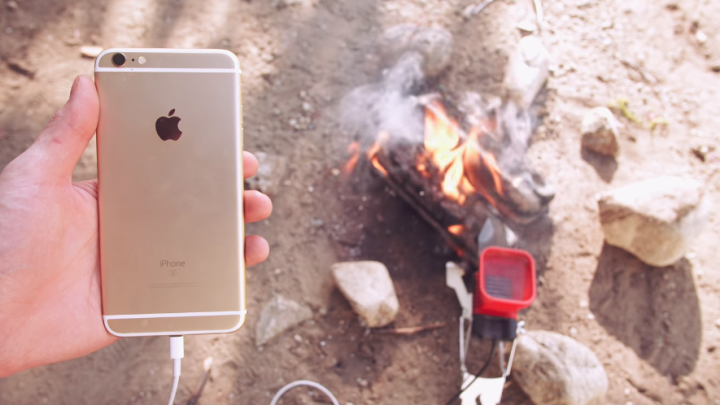 Let’s say you’re stranded on a desert island or even just camping, and you want to charge up your phone. There are obviously no outlets around, which means you’re out of luck, right? Wrong. As long as you have the ability to start a fire, you’ll be able to charge your phone as long as you have a device called the FlameStower USB Fire Charger. As YouTuber Jonathan Morrison demonstrates in a new video, this nifty gadget really does work, although you shouldn’t expect it to be especially fast at charging your device.

DON’T MISS: ‘Game of Thrones’ recap: Is winter still coming without any Snow?

How can you charge your iPhone using fire, you ask? It works like this: A blade that protrudes from the device is placed directly into the fire and absorbs its thermal energy. It then transfers that energy to a generator that is kept cool by a reservoir of water at the top of the device. This creates enough juice to charge an iPhone, although Morrison found that it charged at basically a snail’s pace. That said, if you’re out in the woods camping or stranded on an island, you will have plenty of time to just let your phone sit and power up.

Check out the full video below and you can buy the FlameStower for yourself at this link.