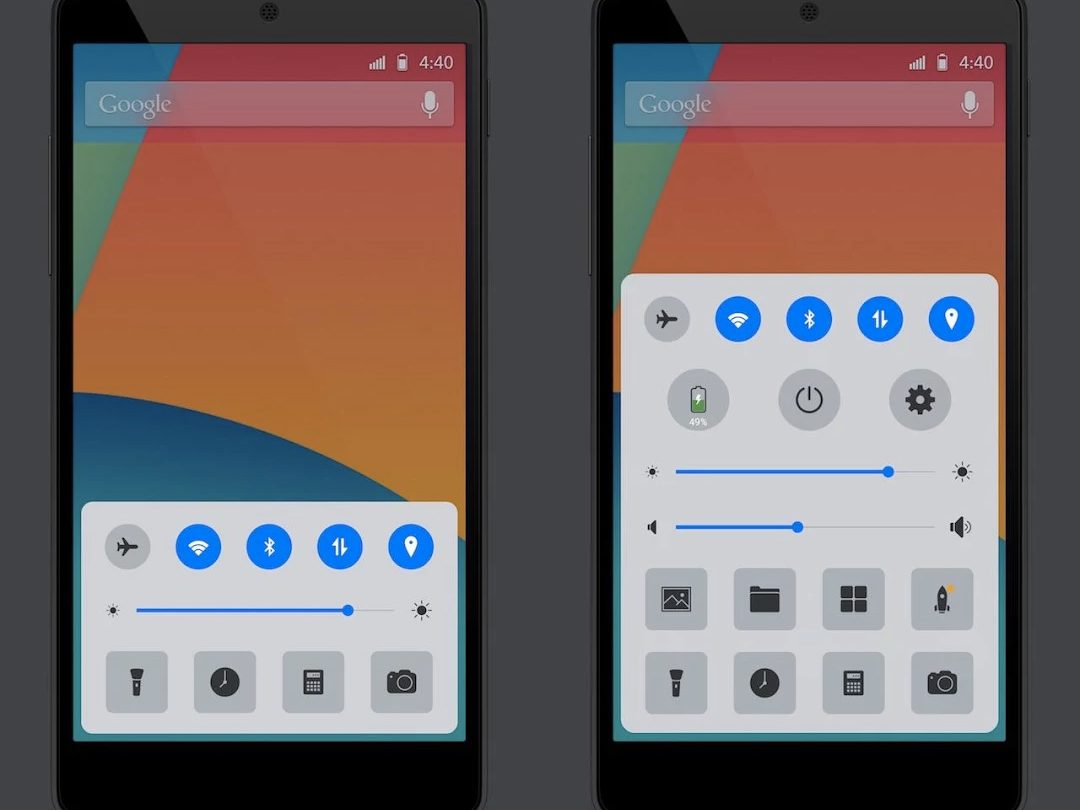 Google’s Android platform and Apple’s iOS platform have both grown so much over the past few years. In many ways, Android has gained a range of features that outclass iOS. And in other ways, iOS has been updated with features that are superior to Android. There is now also plenty of overlap between the two platforms — but even in areas where features are similar, one platform generally has the edge over the other. One example is the concept of a Control Center, which many users prefer on iOS thanks to its clean layout and the fact that it only takes one swipe to access, rather than two.

Of course, Android still has the edge when it comes to versatility since developers have far more freedom on Google’s mobile platform than they do on iOS. And one developer used that freedom to recreate the iOS 10 Control Center — with some improvements, of course — and offer it for free to all Android users.

Compatible with most Android phones running Android 4.0.3 or later, the app lets users access the Control Center either by swiping up from the bottom of the screen, as is the case on iPhones, or by long-pressing the home button. Once open, it gives the user access to a wide range of shortcuts including nearly every shortcut available on Apple’s Control Center, plus some nice additions such as a file manager shortcut, an app manager shortcut, and a “memory boost” shortcut that clears out the phone’s RAM.

Control Center is a free download from the Play store, and you’ll find the app’s full description below.