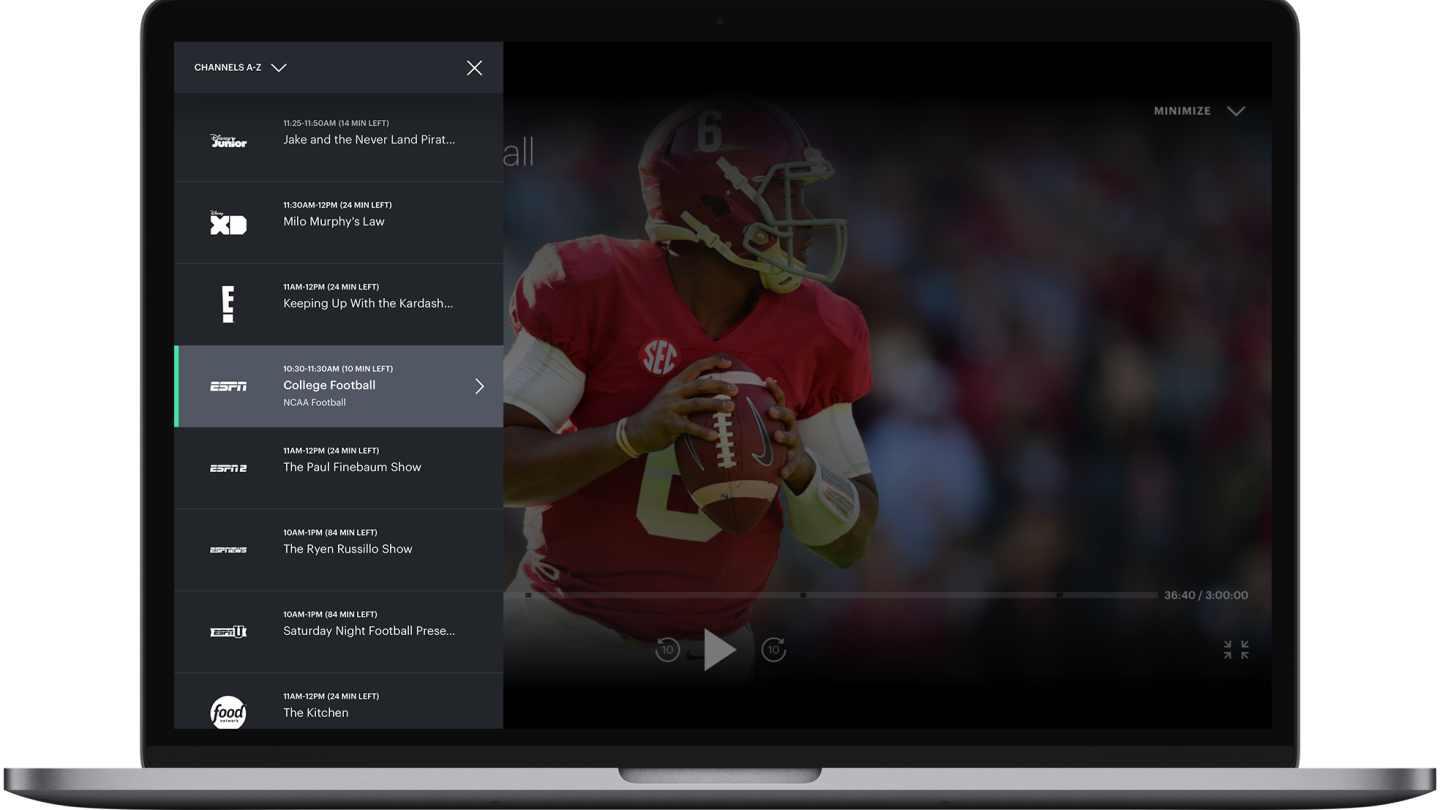 Hulu launched Live TV six months ago, to a somewhat lukewarm response. The channel offering wasn’t radically different from other services like DirecTV Now, and the price — $40 for 50 channels — is a lot more cable than Netflix. But thanks to some recent upgrades and some time spent with the service, it’s looking like one of the best cable TV alternatives of 2017, and it comes with DVR to boot.

The company has updated the UI of the web player version, and it looks much better than when it launched. In particular, there’s a new guide that looks like an improved version of a regular cable guide: Listings of every channel and what they’re playing right now, in a much more attractive shell.

In a blog post, Hulu Head of Experience Ben Smith explained the changes:

Right now, the new guide is available on the web, with plans to roll it out to “additional platforms” in the next few months.

Otherwise, Hulu Live TV remains one of the better options for cord-cutters to replace cable. For $40 per month, you get access to 50 cable channels, including content from major broadcast networks ABC, CBS, NBC and FOX. You also get access to the regular Hulu on-demand library, six individual user profiles, permission for two simultaneous streams, and 50 hours of cloud DVR storage.

There are also some upgrade options available. You still get ads when watching on-demand content on the $40-per-month tier, but you can pay $4 more a month to avoid that. For $20 more a month, you can also get enhanced DVR and unlimited simultaneous screens, at least within the house. The enhanced DVR bumps you up to 200 hours of recording storage, and the unlimited screens option gets you unlimited viewing “within the house”, and three more screens outside of the house.