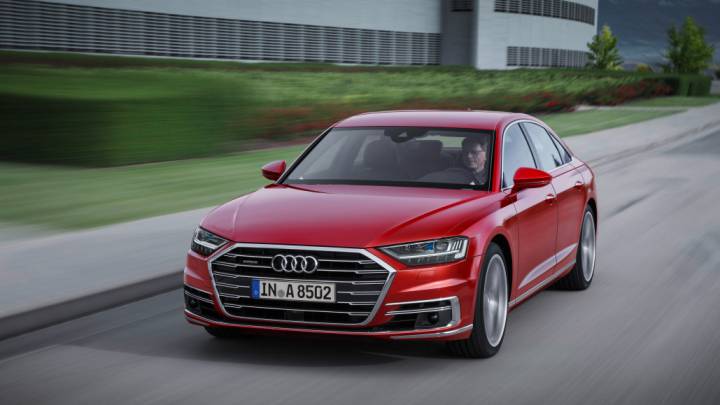 Semi-autonomous driving systems like Tesla’s Autopilot are all the rage these days. In advance of fully autonomous vehicles taking over our roads, automakers are pushing systems that can do the driving for you in specific circumstances.

The newest is Audi’s new A8, which debuted at the Audi Summit in Barcelona this week. The car is powered by Nvidia, and features Audi’s “AI Traffic Jam Pilot” that will handle gridlock for you.

Much like other autonomous systems, the Traffic Jam Pilot uses cameras and laser sensors to map out the road and other vehicles. Then, at speeds up to 40mph, it can stop, start, and follow vehicles for you, enabling you to relinquish control throughout a traffic jam.

It’s the same technology being used to solve a different problem as Tesla’s Autopilot, which is designed for highway cruising situations. Traffic jams all happen at lower speeds and with fewer lane changes than highway cruising, which makes autonomous driving easier for the computer, and far less dangerous.

The system is activated by a single button on the dash, and it has audio and visual prompts for the driver when it’s time for the human to take back control.

In addition to the autonomous driving features, Nvidia also powers the in-car infotainment system and screens, which are meant to create a “virtual cockpit.” Using screens to replace traditional buttons and dials is a trend that’s increasingly popular on expensive, tech-focused cars, thanks to the success of Tesla’s dial-free cars.