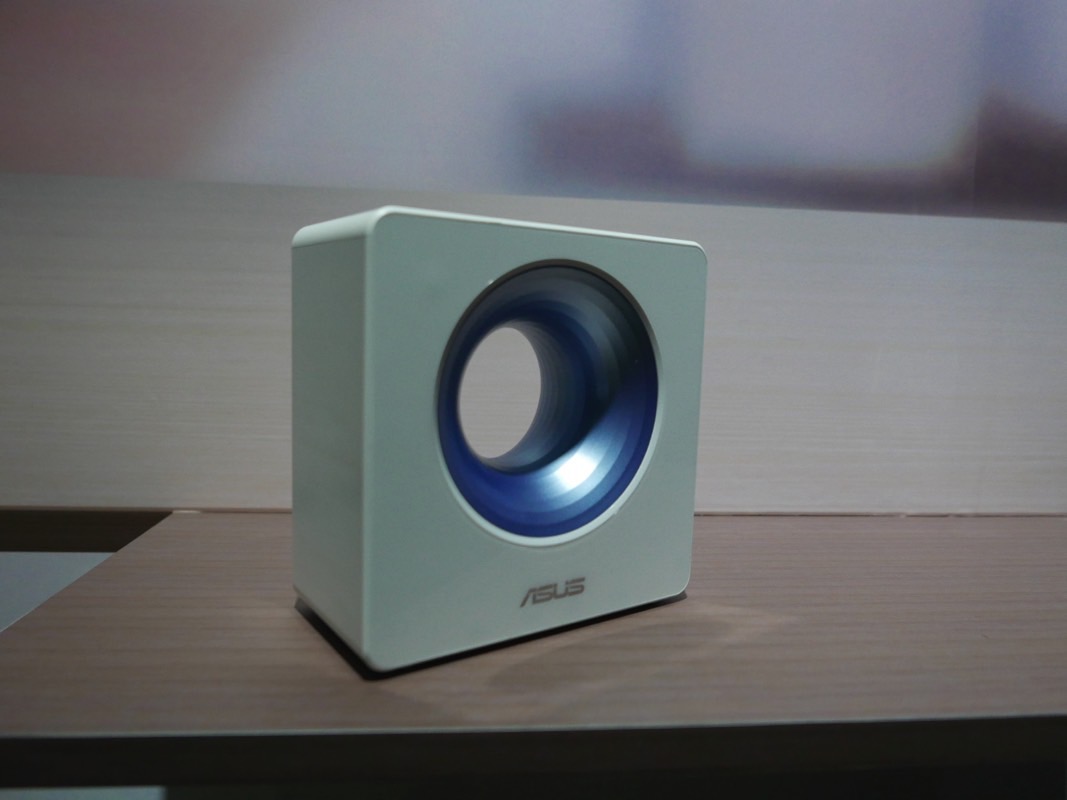 Nobody will blame you for thinking the contraption in the image above is some sort of new Dyson product that’s supposed to do something to the air in your home without sporting any blades. But that’s not a purifier, humidifier, heater or fan from Dyson. Instead, it’s a brand new Asus router. And it looks like that for a reason that has nothing to do with design. Although I have to say, I don’t mind that design one bit.

Launched at Computex 2017, the Asus Blue Cave is an AC2600 dual-band Wi-Fi router that’s supposed to deliver an amazing Wi-fi experience at home.

The design, Engadget explains, uses the hole to separate the antennas from the motherboard.

The antennas are placed in the upper part of the Blue Cave, which is a great alternative to having the antennas on the outside. The motherboard, meanwhile, sits on the bottom.

When it comes to performance, the router should deliver 4K video and support wireless file sharing without any lag. The router also comes with Alexa and IFTTT integration our of the box, if that’s something you need from your Wi-Fi router.

Finally, there’s a mobile app for the router that will let user further customize their Blue Cave experience. And the app will even send out notifications if it detects a potential hack.

The price? $180 when it launches, but Asus did not specify any availability details.