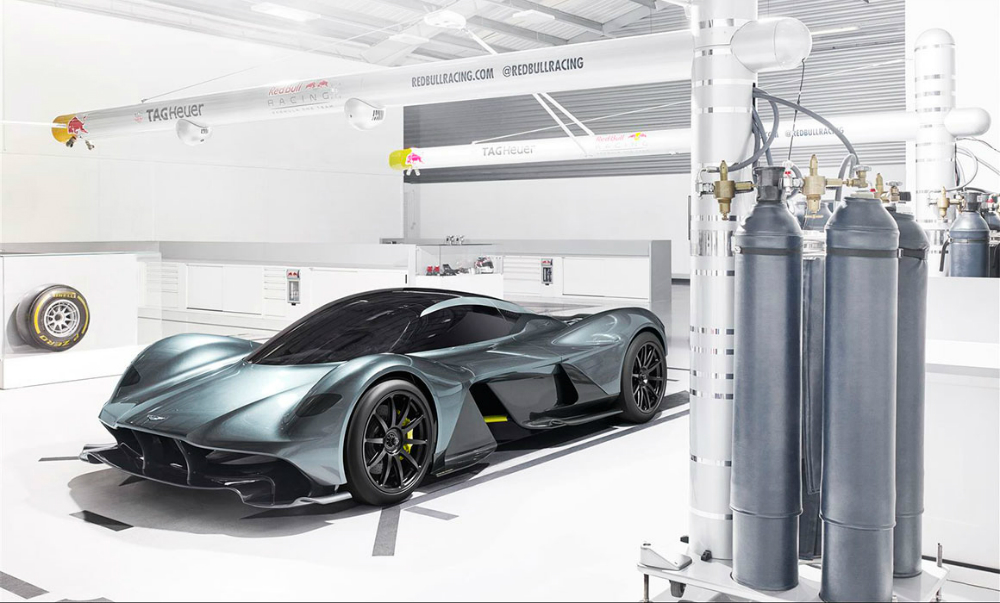 Aston Martin makes some of the most exciting cars out there. Sadly, many of them are limited edition models and they’re all terribly expensive, and thus out of most people’s price ranges. However, we can all still appreciate the amazing new designs that come out of the British carmaker. After making the newest James Bond car, Aston Martin is back with a new release, the AM-RB 001 hypercar. It’s a peculiar name, but it marks a special partnership between Aston Martin (AM) and the Red Bull Racing F1 team (RB).

Aston Martin CEO Andy Palmer said there would be only between 99 and 150 AM-RB 001 cars on the road, and an additional 25 will be track-only versions.

The AM-RB 001 should be the fastest production vehicle in the world when it’s released, going directly against Bugatti’s Chiron. That said, little is known about the new Aston Martin supercar. We know it’s got a naturally aspired V-12 engine, and it will launch in spring 2018.

“To cope with the extreme aerodynamic loadings at high speeds yet deliver the on-road usability and comfort levels that sit at the heart of the concept, the AM-RB 001’s suspension system will feature innovative technology and employ principles honed by Newey over his thirty-year career,” Aston Martin’s press release reads. “Likewise, the transmission is a clean-sheet design conceived by Newey and developed by Red Bull Advanced Technologies.”

That should be enough to generate excitement among car enthusiasts, particularly considering how hot the car looks in these images. After all, complete specs and pricing details might not be available at this time, but at least we have plenty of imagery to drool over.