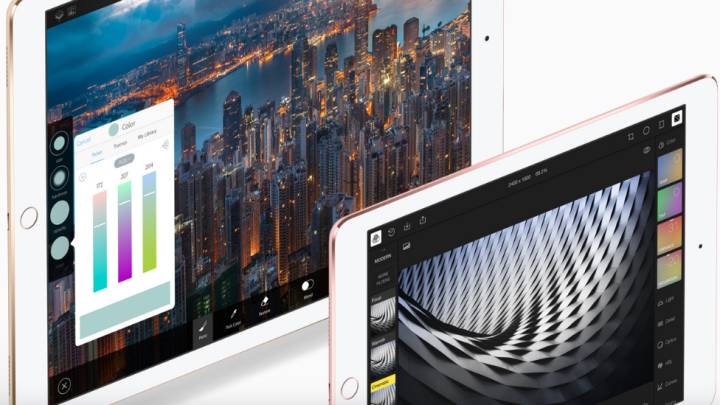 The iPad burst onto the tech scene in 2010 like a runaway train with no brakes, quickly and easily breaking every type of consumer electronics sales record imaginable. The narrative at the time was that Steve Jobs and Apple had done it again: whereas many other companies had previously tried and failed to successfully bring a tablet to market, Apple’s iPad — like the iPod and the iPhone before it — managed to single-handedly create a new market out of thin air.

In fact, the iPad’s upwards trajectory was so impressive that the narrative quickly shifted from “the iPad is amazingly successful” to “the iPad is going to replace the PC!”

A few months ago, we opined that the 9.7-inch iPad Pro was Apple’s last chance to save the iPad line, if only because a number of previous efforts to boost sales and revenue had all failed. Well, four months later, it appears that wrapping up the 12.9-inch iPad Pro’s features into a 9.7-inch form factor was a shrewd move.

Per Apple’s earnings report yesterday, year over year revenue from iPad sales increased for the first time in nearly two years. Specifically, revenue for the quarter checked in at $4.87 billion, a 7% increase from the same quarter a year-ago. Is a 7% revenue increase earth-shattering? Not really, but consider this: During Apple’s June 2015 quarter, the company’s iPad line experienced a 23% year-over-year decline in revenue. And during Apple’s June 2014 quarter, iPad revenue experienced an 8% year-over-year decline. In other words, the 7% revenue increase may be small, but it signals that there’s still a bit of life left in Apple’s venerable tablet.

What’s more, Apple sold more iPads during the quarter gone by than analysts were anticipating — 9.9 million units vs. a consensus of 9.2 million units.

So for the time being, the iPad isn’t dead in the water just yet. Having said that, the real litmus test will occur over the next two quarters where we’ll see if this recent quarter was simply a temporary exception or perhaps the start of a nice little comeback.