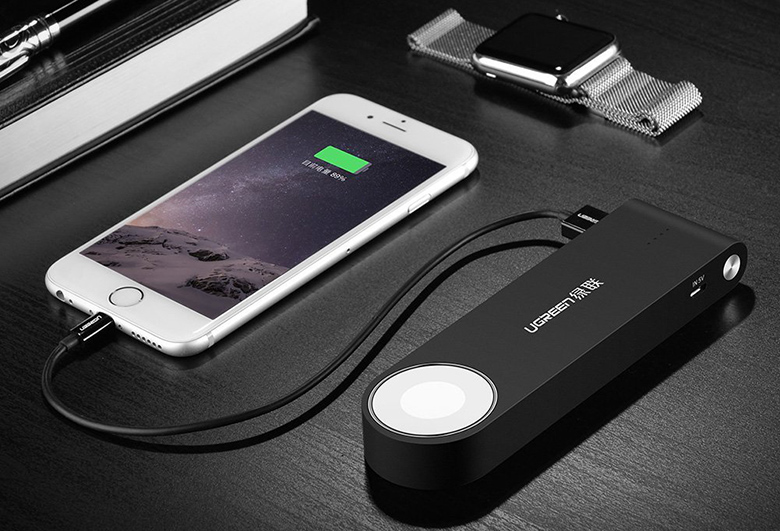 Wireless power — the real thing, not a system that requires you to have your device resting on a charging mat — has been the holy grail of power tech for years. Thanks to a FCC filing this week, it also looks like we might finally be getting to the stage where it becomes a reality.

A company called Energous has been working on a mid-range system that can supply a few Watts of power to electronic devices within a few feet of a base station. Apple has long rumored to be working on a wireless charging system with Energous, and a new patent filing from Apple adds some weight to that rumor.

Patently Apple spotted the patent filing, which was published by the US Patent & Trademark Office yesterday. It describes a “wireless power transfer link” that uses a common way of transferring power: a transmitting device with a control unit and coils that produce a “wireless power signal” (some kind of radio wave), and a receiving unit that takes the radio waves and converts it back to electricity. It’s the same concept as Energous’s system is based on, but a radical departure from current wireless charging tech, which relies on electromagnetic induction.

There are two important innovations in Apple’s patent, however, and both of them line up with the kind of wireless charging system that Energous is rumored to have developed. The first is a type of scheduling, which allows the user to set a priority for what devices he wants charged first. For example, you could specify that your Apple Watch is always the highest priority, then your iPhone, then your iPad.

That kind of scheduling would only be necessary in a system with limited power to give. Energous hasn’t said exactly how much power its system can supply, but similar mid-range wireless charging technologies have typically been in the 3-5 Watt range. That’s enough to (slowly) charge an iPhone or an Apple Watch, but not both at the same time — thus the need for scheduling.

Apple’s other innovation outlined in the patent is a communications system between the power transmitter and receiving device. The patent sets out a protocol that uses the same coils used for wireless charging to send data signals, presumably to coordinate between the transmitter and any client devices.

Both patents were filed in June, and have not been granted yet. As ever, just because Apple files a patent for something, doesn’t mean it will turn up as a consumer product. But a wireless charging schedule system is only necessary if you have a wireless charging system in the works, you’d imagine.