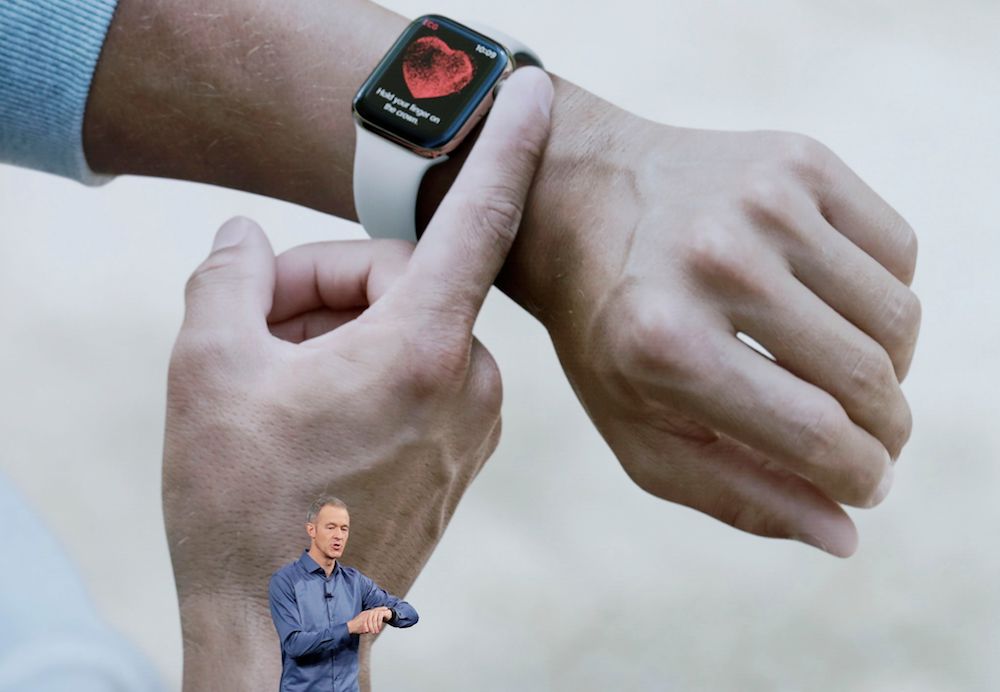 The internet is already full of myriad stories about how peoples’ Apple Watch has been able to literally save their life, whether it’s via the feature that lets users call 9-1-1 with their voice if they’re immobilized in an auto accident. Later models of the watch also come with built-in fall detection as well as the ability to detect an abnormal heart rhythm, potentially the first sign of a life-threatening condition.

Now, Apple is teaming up with pharmaceutical giant Johnson & Johnson to launch the Heartline™ study, which is designed to see whether the Apple Watch’s heart health features, as well as a companion iPhone app, can be used to improve health outcomes in users — specifically, whether relying on the watch for earlier detection of atrial fibrillation (or AFib) can reduce the risk of a stroke.

Interested participants can visit Heartline.com if they want to learn more about potentially joining the study, for which enrollees will need to be at least 65 years old, a US resident, have traditional Medicare coverage, own at least an iPhone 6s or a later model, and agree to provide access to their Medicare claims data. “Heartline™ is a study that has the potential to fundamentally change our understanding of how digital health tools, like the ECG app and irregular rhythm notification feature on Apple Watch, could lead to earlier detection of AFib, helping patients understand and directly engage in their heart health, prompting potentially life-saving conversations with their doctors, and improving health outcomes,” said Dr. C. Michael Gibson, co-chair of the Heartline executive committee and Professor of Medicine at Harvard Medical School.

Why this partnership between the iPhone maker and Johnson & Johnson holds the promise of such life-saving potential is due to the fact that while AFib is a leading cause of stroke, people often experience no symptoms in the lead-up to it. That’s why it’s incredibly difficult to diagnose. Moreover, more than 33 million people around the world, as well as up to 6 million Americans, live with AFib — in fact, up to 30% of people don’t even know they have it until a potentially catastrophic cardiovascular event like a stroke occurs.

AFib, which is the most common sustained cardiac arrhythmia, actually results in 158,000 deaths and some 454,000 hospitalizations every year, according to the US Centers for Disease Control and Prevention.

Participants in this study will engage in it remotely, using their iPhones and Apple Watches, rather than being required to travel to a clinical site. The idea being that this approach could save people time and money. Participation in the study will span a total of three years, with two years of active engagement followed by one year of additional data collection. During the active engagement, participants will receive heart health education, wellness tips, surveys, and questionnaires across multiple topics related to overall heart health in the app every week.

“Apple technology is making a meaningful impact on scientific research through the powerful capabilities of iPhone and Apple Watch, all with privacy at the center of the participant experience,” said Myoung Cha, Apple’s Head of Health Strategic Initiatives. “The Heartline Study will help further understanding of how our technology could both contribute to science and help improve health outcomes, including reducing the risk of stroke.”