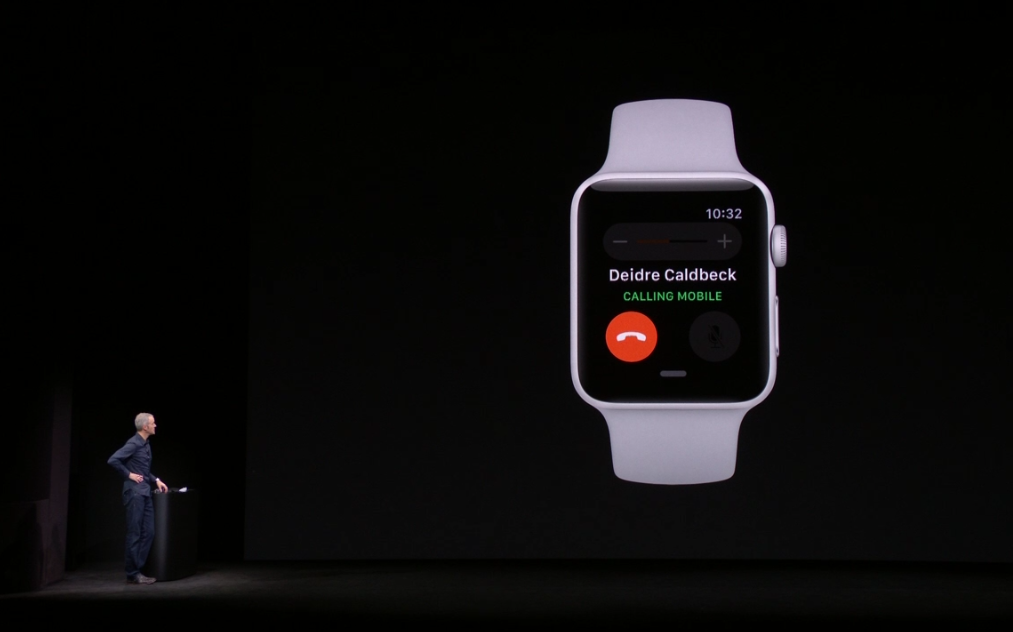 The early reviews of the new, LTE-flavored Apple Watch are in, and they’ve found a problem. The LTE connection experiences a particular problem when out and about: if the Watch joins open Wi-Fi networks without internet, it won’t automatically failover to the data connection. Instead, it’ll try and use the Wi-Fi connection, even if it doesn’t have internet.

The end result, according to testers, is an intermittent connection when you’re out and about. Because this is Apple, and it’s a verifiable problem with a brand-new product, everyone is understandably excited about the bug. But suggesting it’s going to ruin the launch of the LTE Apple Watch, set for this Friday, is just not true.

Here’s the thing: it’s a software bug. Apple has already acknowledged the problem to review outlets, and is working on a software fix. “We have discovered that when Apple Watch Series 3 joins unauthenticated Wi-Fi networks without connectivity, it may at times prevent the watch from using cellular,” an Apple spokesperson told The Verge. “We are investigating a fix for a future software release.”  Sure, we don’t know exactly when that fix will be applied, but from all the details that we have now, it’s a relatively minor bug that shouldn’t require much work.

There’s an obvious comparison for this situation: the launch of the iPhone 4. After launch, it was discovered that holding the phone “wrong” would cause the antennas to stop working, dropping a call. That was a difficult-to-diagnose hardware problem with no easy fix, discovered well after launch — and it still didn’t hurt the launch! Sure, Apple is still the butt of some jokes as a result, but the average iPhone 4 buyer didn’t know or care that at some point, there was a minor bug that they could fix by putting a case on.

With that knowledge, why should anyone really care that a pre-release device has a minor, easily fixable software bug? Because it’s Apple?

If anything, that should make the situation better. Apple has shown a unique ability to issue software patches at speed, regardless of whether it’s for a stupid clock bug or a serious security update. The Apple Watch’s LTE problems will likely be more of the same.